Finally: the renovated historic shopping arcade, Paris Court (Párisi udvar), will await visitors in a few months. As Azuzlet.hu reports, the passage will give home to the Paris Court Hotel Budapest, part of the Hyatt hotel chain.

The magnificent Paris court will re-open its doors thanks to an investment by the Hyatt Hotels. The court, built in the 20th century, originally served as an art deco shopping passage and is located at Ferenciek Square.

It was named after Paris because the passage was constructed as the Hungarian ‘Passage des Panoramas’ in Paris.

However, during socialist times, the court could not shine in its original state, and just as the square was renamed, the building has lost its romantic features too. Nevertheless, the time has come when the building can have its original role back: it can serve as a passage and a luxury community hub in the city.

According to the plans, a 5-star Hyatt Hotel called Paris Court Hotel Budapest will be opened in a few months.

The hotel will be part of ‘The Unbound Collection’ by Hyatt hotel chain, which has special historic buildings in its focus. The hotel will be the second European member of the chain, although the opening has been slightly postponed due to the unexpectedly poor static state of the building. We have already written about the fact that there are more and more luxury hotels in the city and, in another article, we shared the main target groups of the industry. 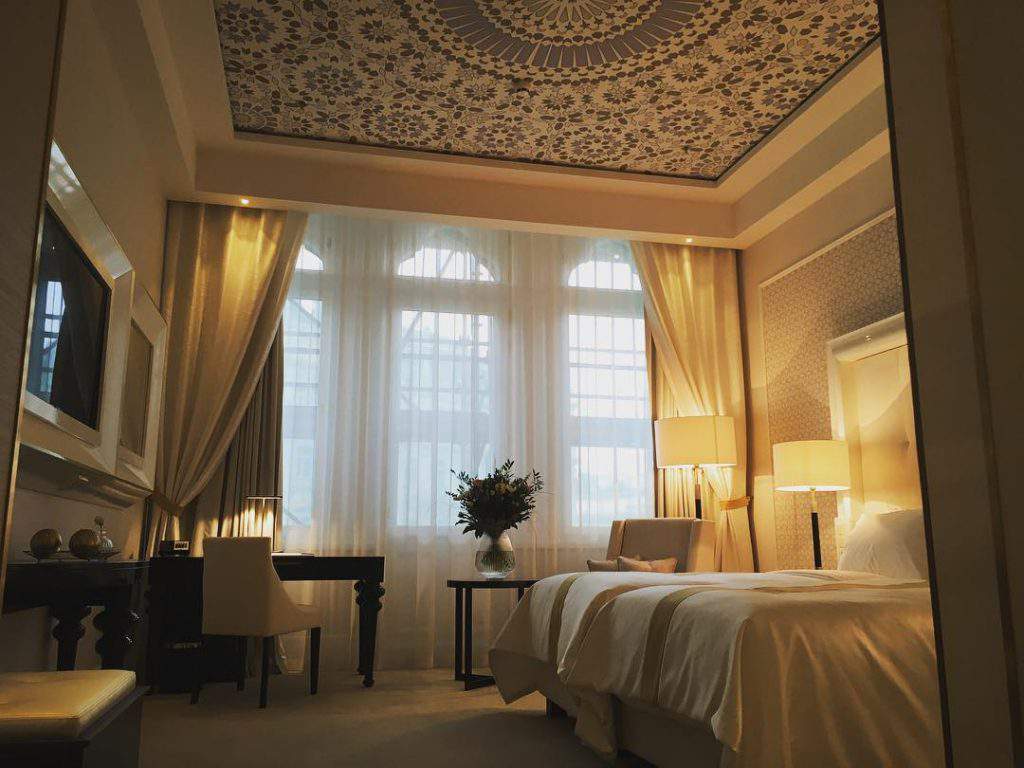 The building has been reconstructed by the Archikon architecture studio based on the original plans and archival records. The hotel will have 110 rooms to offer, out of which 18 will be suites, and will have several conference rooms, elegant spa and wellness facilities and an executive floor for special guests.

One of the main features of the hotel is the ‘Bedding Concept’ that aims at providing the most relaxing sleep for visitors with the most comfortable beds and best quality duvet.

While there will be shops on the street side, the inside of the rooms resembles the architectural peculiarities of the Paris Court, including marble surfaces and extraordinary ceilings. The patterns used make the rooms reminiscent of historical stylistic features. The lobby will be situated in the passage, as well as restaurants and cafes, serving as a central community hub in the city.

If you are interested in Hungarian architecture, you definitely have to check out the historic baths in the city, all of which have gorgeous architecture. Also, sometimes there are opportunities to visit exhibitions about the architecture of the city.