The Hotel of the Year in Hungary 2017 announced

Hungary was voting for the Hotel of the Year 2017, and its finals has just ended. To everyone’s surprise, two hotels from Eastern Hungary took the top ranks. Here we list the awarded entries.

The voting for Hotel of the Year in Hungary 2017 was concluded recently, as Szeretlekmagyarorszag.hu reported. The audience could vote online for the best places of accommodation in the country. The poll had been active for two weeks in January, and there were 8 entries to choose from, each of which was representing a region of Hungary.

114,287 votes were submitted from 75,441 people during the 9 months of competition. 46 hotels participated altogether. 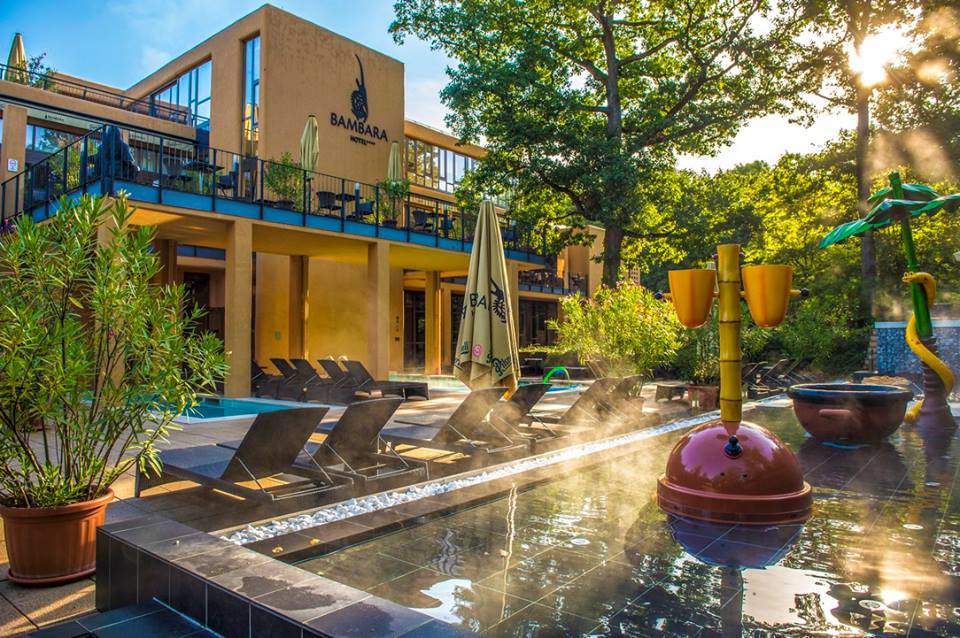 The winner of the Hotel of the Year in Hungary 2017 was Bambara Hotel**** superior from Northeastern Hungary. It resides at the entrance of Bükk near Eger, in the forest of Felsőtárkány. The speciality of the hotel is its authentic African architectural style, not to mention its unique dishes. Bambara Spa resembles a Dogon tribal village where outdoor and indoor pools, brushwood and African herbarium huts, salt spray steam cabins, driftwood saunas, a meditation centre and a mysterious cave bath await visitors spending their night in the hotel.

The second prize went to Hotel Délibáb****, representative of the area of Hajdúszoboszló and Debrecen. The hotel itself can be found in inner Hajdúszoboszló, and it is the largest bathing complex in Hungary. It is situated next to the 25-hectare-large thermal bath. The hotel consists of three wings, and it contains the most delicate rooms, while its common rooms have an incredibly relaxing atmosphere.

The bronze medal was won by the “champion” of Budapest’s area, Thermal Hotel Visegrád****superior. The hotel lies in the fantastic Danube Bend near Visegrad, right next to Pilis National Park. It can be easily accessed from the centre of Budapest. One of the main attractions of the hotel is Duna restaurant with its terrace facing towards the stunning panorama of Danube Bend. Visegrad is also famous for its mineral water stream that bursts up from 1300 meters, supporting the pools of the wellness centre in the neighbourhood of the hotel.

The audience can vote for their favourite hotels at www.facebook.com/azevhotele, selecting the best of each region every month. These chosen hotels compete for the title of the Hotel of the Year in Hungary at the end of each season. Last year’s best was Spirit Hotel Thermal Spa.