Baltic region diplomacy European Union House Speaker Hungary
“Nothing but a strong Europe can protect us, but Europe can only be strong if each of us are strong on our own,” House Speaker László Kövér said during an official visit to Latvia’s parliament on Wednesday.
Kövér assured his hosts of Hungary being a “faithful and loyal ally” to Latvia, the Hungarian parliament’s press chief told MTI in a statement.

According to the statement, Kövér said that the European Union “has been the best structure in history in terms of promoting national interests”, adding that the EU has “pledged that at the table where decisions concerning us are made

we will have an equal say”.

“We want to build a Europe like that together with Latvians, Lithuanians, Estonians and Poles, as well as with the other countries in central Europe,” the statement quoted Kover as saying.
Pro-government civic union organizing march on “the route of former PM Gyurcsány’s terror”


Kövér‘s talks focused on bilateral ties, a series of conferences concerning the future of Europe, migration and border control, defence and security challenges, as well as efforts against the coronavirus pandemic.  At the talks, Kövér announced that

before the end of the year. 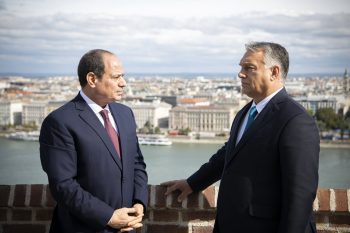