Mno.hu writes that a Hungarian article was published on The New York Times’ website on the 12th of October. The article is titled A Holokauszt túlélők szükségletei egyre nőnek, a segítség azonban kevés (The needs of Holocaust survivors are growing, but the support is not enough).

The Budapest report written by Melissa Edy, with the photos of Ákos Stiller, was originally published in English on the 18th of September, while its Hungarian version was published in the leftist-liberal New York Times four days after the close-down of Népszabadság.

It’s quite interesting that the Hungarian version can be found on the Europe sub-page among solely English articles. Moreover, the report was even posted on New York Times’ official Facebook page. 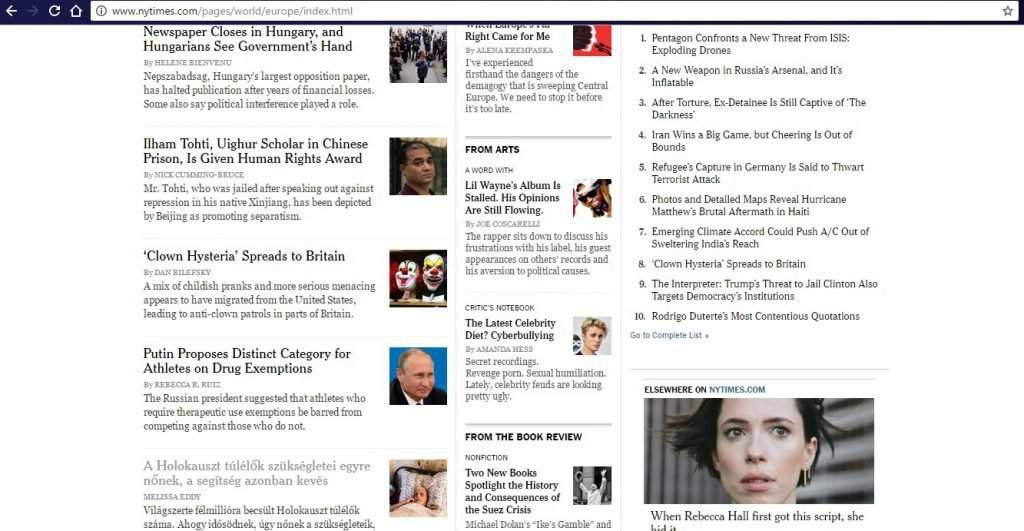 Besides the English section, the American newspaper has a Spanish and Chinese section, the latter was started in the June of 2012. Even the experienced colleagues of mno.hu dealing with foreign affairs can’t recall anything similar, namely a NYT article published in Hungarian.

This is why mno.hu asked the editorial office of the American medium to find out whether this is a unique case, a signal, or, possibly, a new trend. The Hungarian portal promises to return to the phenomenon as soon as they get an answer.