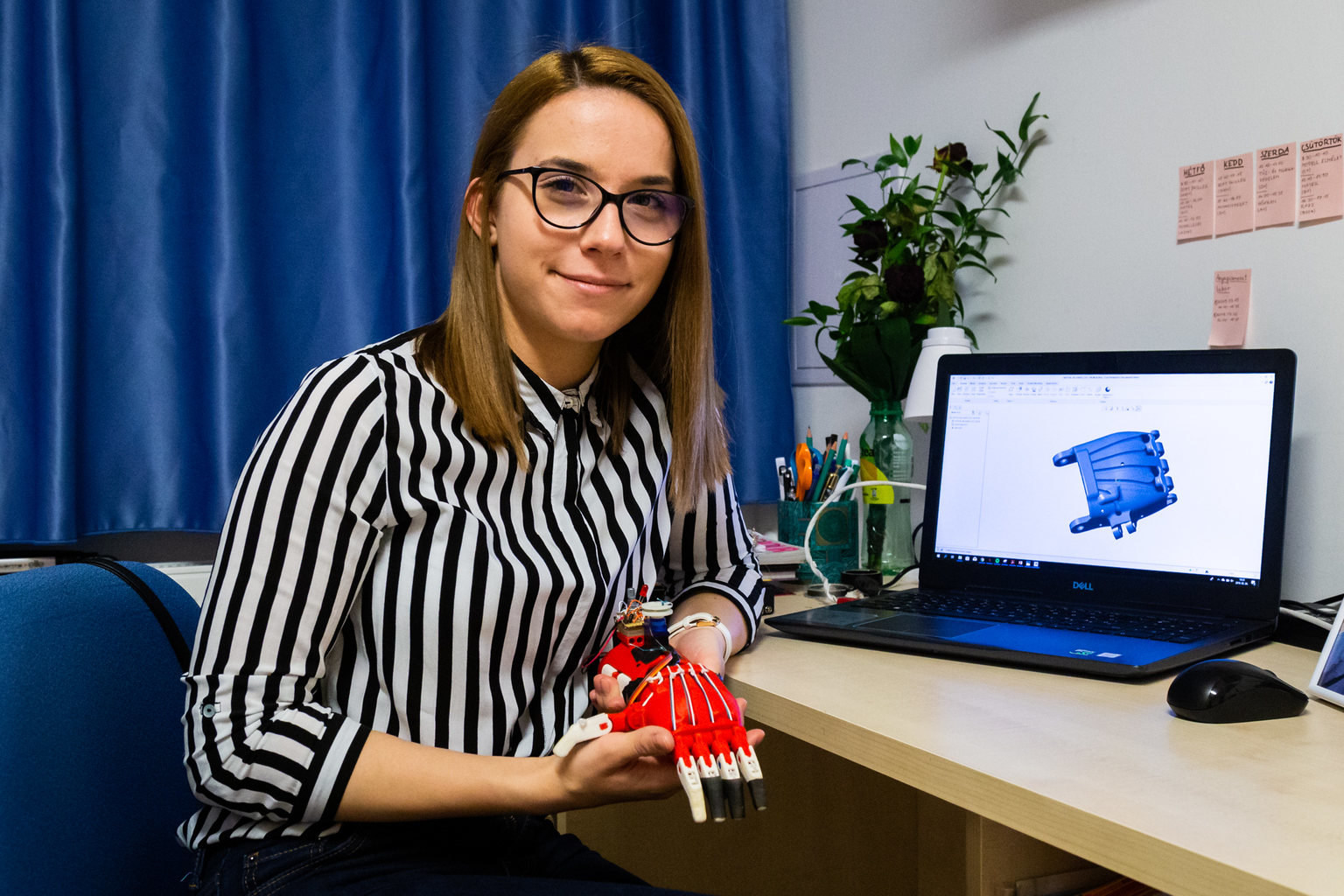 Cheap prosthetics usually have only a few functions, but better ones can cost fortunes. The problem with prosthetic limbs for children is that they need to be replaced often as they grow, so choosing a prosthetic is an even more difficult task for a child than it would be for an adult. Here comes Alexa Zsófia Vas, a student at Széchenyi István University, who would like to find a solution to this problem. She founded her own startup, Low-cost Robotics, and their aim is to provide an artificial limb for almost all of those in need at an affordable price.

Some of the artificial limbs with more functionality usually cost around €600-700, but some of the more realistic and elaborate bionic limbs can easily cost over €3,000, Forbes wrote.

As a child grows, these limbs need to be replaced about every three months, so they need something more accessible and affordable. By the way, Alexa Zsófia Vas built one of her first robotic arms as a high school student. Her goal, even back then, was to make an affordable and purchasable product from her prototype.

Her startup, Low-Cost Robotics, is developing prosthetic limbs for children between the ages of 6 and 16, as they are in the most difficult position.

“We want to get involved in the very first stage of wearing a prosthetic, offering a product that helps children learn to use the artificial limb. We would also like to launch a program in collaboration with physiotherapists,” said Alexa, who, in 2018, was chosen by Qubit to be the Person of the Year.

“Our business model will have three pillars. Firstly, we encourage companies to buy prosthetics in the framework of charity campaigns for large amounts of money, say for €3,000, which we would then distribute among applicants. Secondly, you could customise your own artificial limb in our webshop, so you could order an arm with Swarovski crystals or one that has superheroes on it, for example. We will be able to sell these for a bit higher price to keep the prices of the most simple models almost at material costs. Thirdly, we will sell kits that you could assemble at home. These would also be a bit more expensive to help pay for the base prosthetics and keep the company running.”