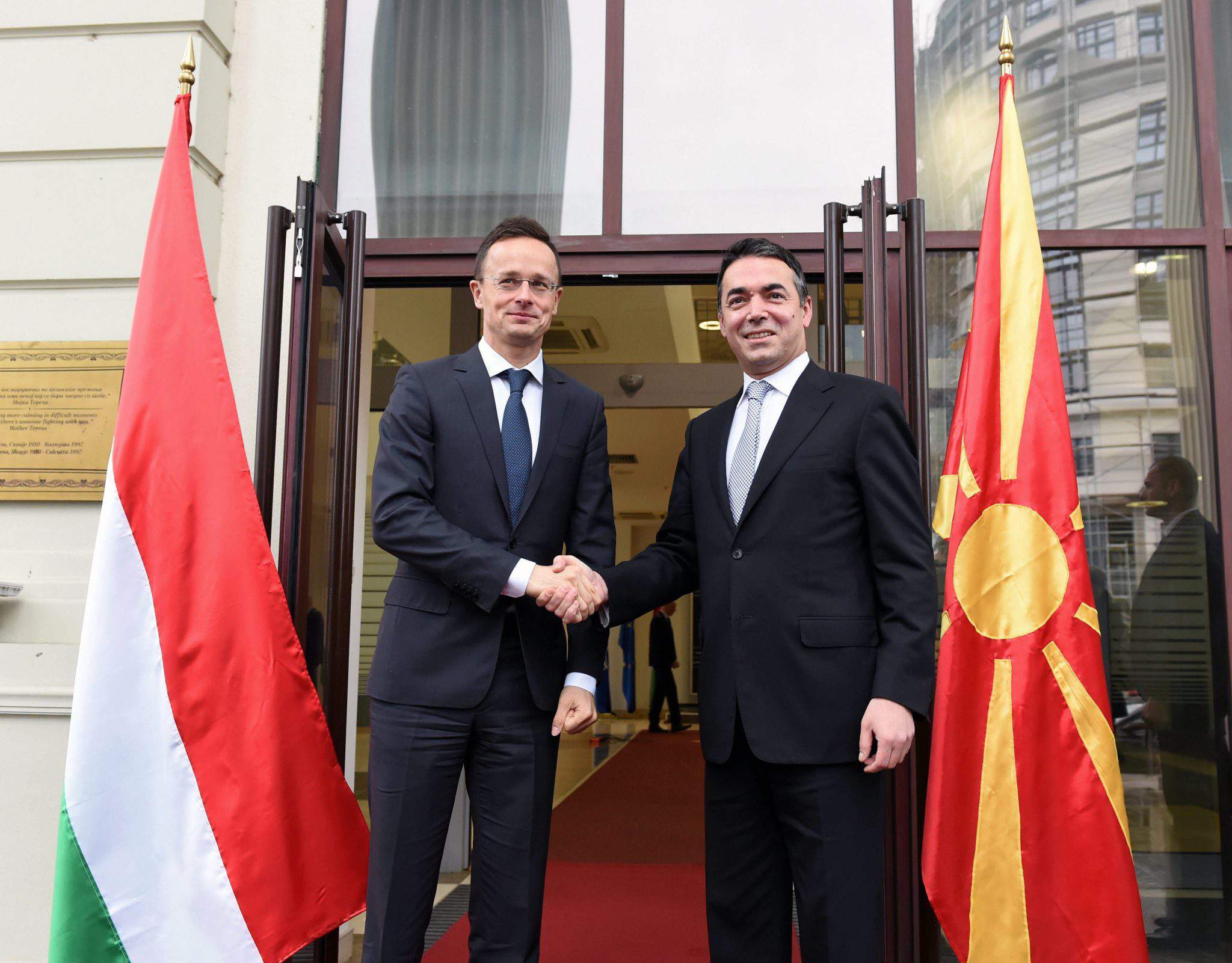 Cooperation with Macedonia is important for Hungary in terms of the issue of migration, the enlargement of the European Union and NATO as well as from an economic standpoint, the foreign minister said on Monday.

From the point of view of security it is crucial that the western Balkans migration route continues to remain closed, Péter Szijjártó told MTI by phone from Skopje. Any change in the region that makes it easier to cross borders will only encourage hundreds of thousands more to set off for Europe, the minister said.

Macedonia’s government has confirmed that its migration policy will remain unchanged and that it will only allow entry to those who have all their documents in order, Szijjártó said. Meanwhile, Hungary will continue to station a 30-strong police unit in Macedonia to help out with patrolling along the Greek border until October 2018, he added.

The next Hungarian contingent is scheduled to arrive in Macedonia on January 10.

Hungary is also providing Macedonia with technical equipment, the minister said, noting that the Hungarian government has already provided the western Balkan country with 100 km of razor wire, computers and fingerprint scanners.

The minister also underlined the importance of EU and NATO enlargement.

“Some in western Europe still don’t understand the importance of having peace and stability in the western Balkan region,” Szijjarto said. He said the key to easing tensions in the region was speeding up its Euro-Atlantic integration.

Hungary will continue to push for speeding up Macedonia’s integration, Szijjártó said. It will do this by pushing to include the issue on the agenda of next July’s NATO summit and set a start date for EU accession talks in the bloc’s February enlargement work programme, he said.

He said Hungary’s main economic players are continuing to look into opportunities on the Macedonian market.

Szijjártó said that on Monday state-owned power network company MVM OVIT signed a declaration of intent on cooperation with Macedonian energy company Kruna Dril for submitting a tender for the construction of one of Macedonia’s largest power transmission lines connecting Macedonia and Albania’s power transmission systems.

In addition, Budapest waterworks Fővárosi Vízművek wants to participate in water industry projects in Skopje, having also participated in projects based in Ohrid, the minister said.

Szijjártó expressed hope that Hungary and Macedonia would also cooperate in the banking industry in the near future.