The minister also held talks on launching direct flights between Budapest and Pristina.

The agreements signed with Kosovo will strengthen Hungary’s position in the western Balkans and contribute to the country’s strategic national security goal of ensuring peace and stability in the region, Szijjártó told MTI by phone on Wednesday. 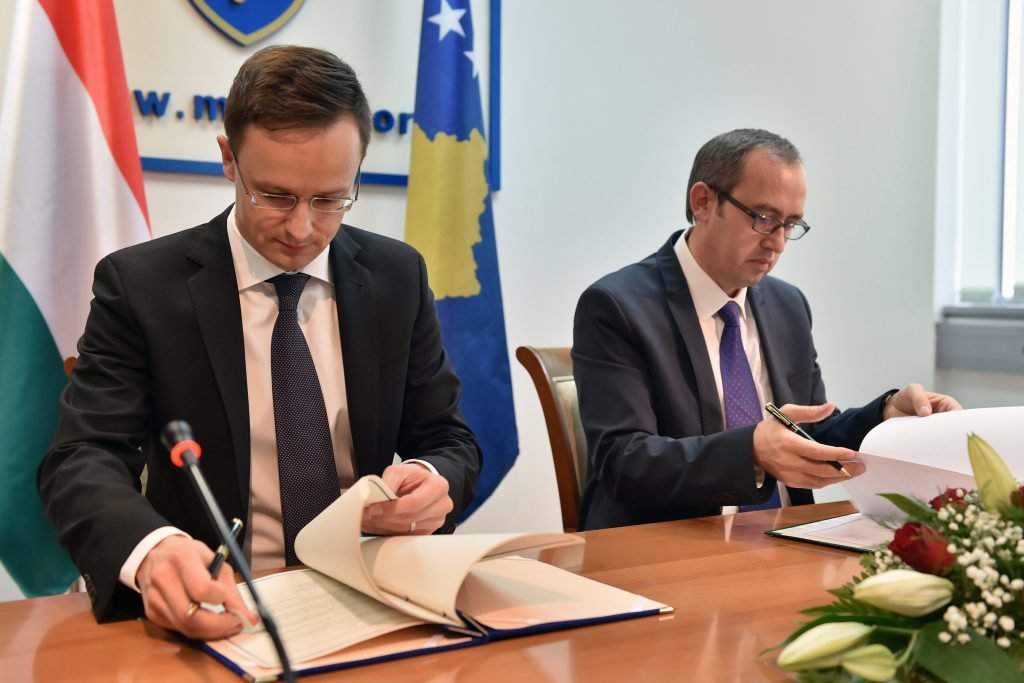 Under the economic agreement, Hungary will offer 62 million euros of tied aid to Kosovo to implement water management investments with the inclusion of Hungarian companies. The interest-free loan has an 18-and-a-half year run.

Under the education deal, Budapest will offer state scholarships to 50 Kosovan university students from September next year.

Language learners under the age of 35 are entitled to reclaim the cost of their…
Hungary clinched the first place in Group A after winning a brilliant game against…
Both in categories of men and women, swimmers were chosen as sportspeople of the year…
We and our partners use technologies, such as cookies, and collect browsing data to give you the best online experience and to personalise the content and advertising shown to you. I accept
Privacy & Cookies Policy