The government has decided to close down its transit zones on the Hungarian-Serbian border, the head of the Prime Minister’s Office said on Thursday, adding that asylum seekers will now only get to submit their applications at Hungary’s foreign missions.

The process of shutting down the transit zones is already under way, Gergely Gulyás told an online press briefing. Currently, four migrants are being held in detention and 280 will be taken to a refugee reception centre, he said. The interior, foreign and justice ministries are taking the necessary steps in the matter, Gulyás added.

The Court of Justice of the European Union (CJEU) last week ruled that keeping asylum seekers in the transit zone constitutes “detention”. 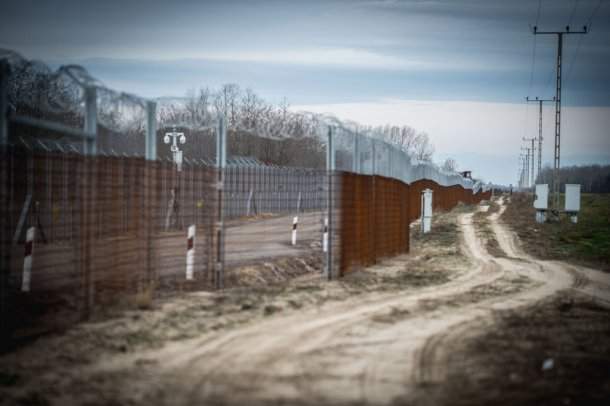 Gulyás said the transit zones had successfully protected Hungary’s borders, calling the CJEU’s ruling “regrettable”. As Hungary is obliged to comply with the ruling, it is forced to shut down the transit zones, he added.

Commenting on remarks by German Foreign Minister Heiko Maas, Gulyás said the minister was right to doubt that the European Union could come up with a migrant distribution mechanism that would be backed by all member states. He said this was a “significant victory” for Hungarian diplomacy, arguing that Hungary had worked hard to make it clear that the country could not be forced to let others determine whom Hungarians should live together with.

At the same time, Hungary is involved in the fight against migration, Gulyás said, noting the Hungary Helps humanitarian scheme for aid projects abroad.

On another subject, Gulyás said Hungarian opposition MEPs were working against the interests of the country in the European Parliament, “as they have been over the past several months in connection with the response to the epidemic”. Now, Gulyás said, opposition MEPs were also undermining national interests in connection with the next EU budget. He added, however, that the crucial parts of the budget had to be approved by the European Council rather than the EP.

Concerning a draft of country-specific recommendations for Hungary released by the European Commission on Wednesday, the PM’s chief of staff said the report was an assessment of the country’s economic policy, adding that statements in the report pertaining to any other area were “irrelevant”. The report acknowledges a number of positive developments, Gulyas said, noting the finding that Hungary’s jobless rate has remained below the EU average during the coronavirus crisis.

Gulyas added, at the same time, that the report failed to mention how much money businesses and families had been able to save thanks to the suspension of loan repayments. Some 60 percent of private individuals have taken advantage of the option, leaving 1,800 billion forints (EUR 5.2bn) in the pockets of households, he said.

Meanwhile, concerning the issue of single-use plastics, Gulyás said Hungary will comply with its EU obligation to ban their use, but added that guarantees were needed that this would not result in job losses.

Asked about a bill submitted to lawmakers that would establish “special economic zones”, he said the proposal made it clear that county assemblies could only exercise control over areas that fall within their jurisdiction. This means, he explained, that the bill would not apply to cities of county-seat status.

The aim of the bill is to ensure a more fair distribution of corporate tax revenues among localities, Gulyás added.

Concerning the submission of next year’s draft budget to parliament, he said the proposal would be delayed by one week so that the April economic data can be taken into consideration. The draft budget will be submitted to parliament next Tuesday after it is approved by the government the day before, he said. Gulyás expressed hope that lawmakers would pass the budget in late June or early July. The finance ministry stands by its forecast for an economic contraction of 3 percent this year, he said.

Asked about the issue of Roma segregation, PM’s chief of staff said that while it was an important topic, in certain municipalities non-Roma parents were removing their children from the schools despite the upgrades made to the institutions and the improvements in the quality of education. Places where this is an issue require more discipline and greater order, he said, adding that this was why the government was focused on strengthening school police units.