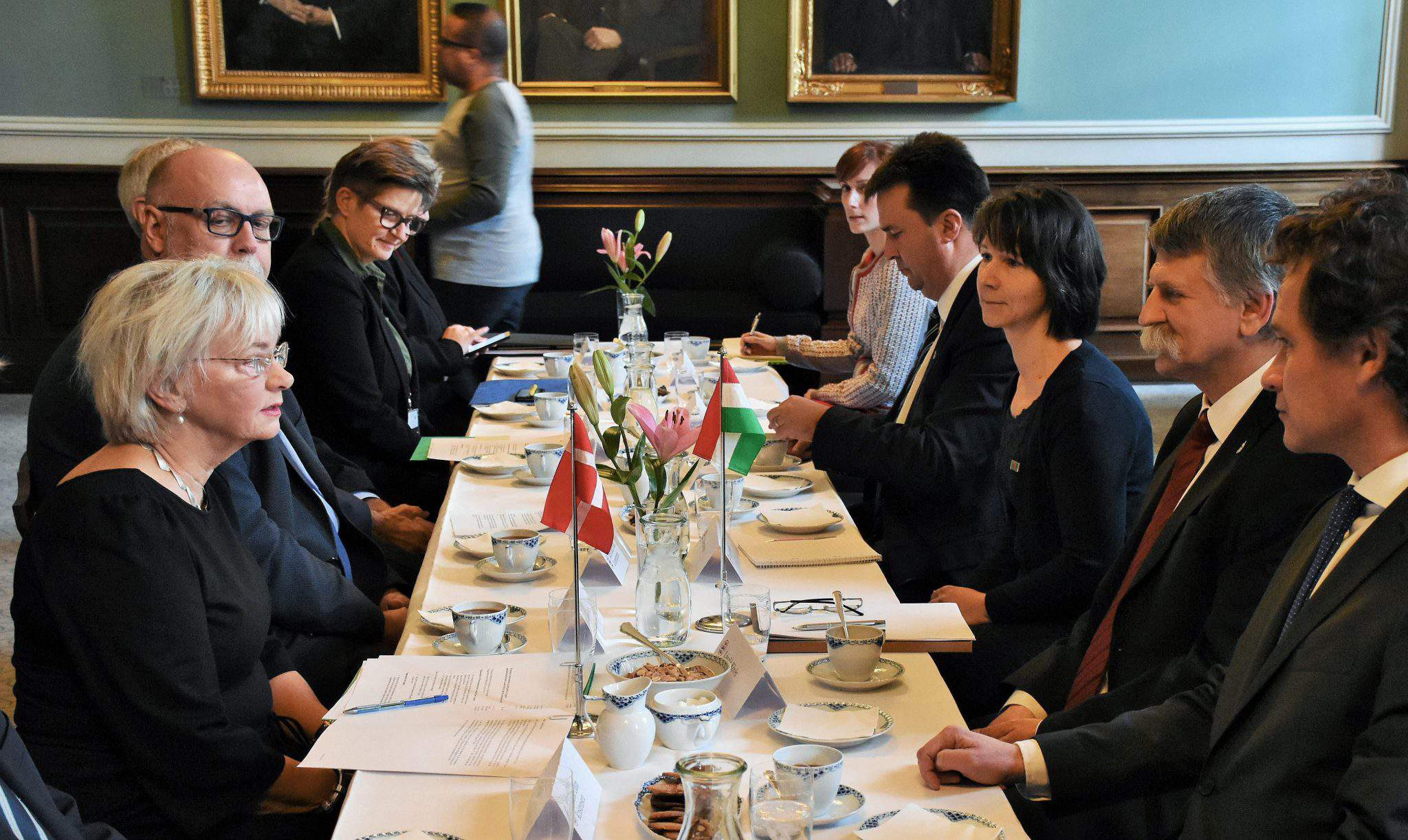 Kövér praised bilateral economic cooperation, noting that the presence of and investments by Danish businesses in Hungary gave Hungarians thousands of jobs.

Denmark is the 16th largest investor in Hungary, noting that bilateral trade increased by 13 percent last year and by 15 percent so far this year.

The house speaker visited the Confederation of Danish Industry and held talks with its deputy director on Hungarian-Danish business relations and investments.

Kövér also held talks with Finn Mortensen, executive director of the State of Green NGO who briefed him about Denmark‘s high-tech industry and water management technologies, as well as about the areas of renewable energy, waste management and energy efficiency.

In an interview to the Danish parliament’s journal, Kövér was asked whether the Hungarian government’s “anti-EU or at least euroskeptic rhetoric” could ultimately indicate Hungary’s intention of being the next to desert the bloc after Britain.

In response, Kövér said that

“Hungarian society is more committed to the EU than the bloc’s average. If we were euroskeptic and tried to quit the EU, we would not get support from a majority of Hungarians. While criticising the EU institutions, we would like to strengthen the community.”