Africa European Union Hungary
A change is needed in European Union’s Africa policy because what the continent needs is “partnership rather than lectures”, co-ruling Christian Democrats MEP György Hölvényi said on Thursday.
Hölvényi cited a hearing held by the European parliamentary group of the European People’s Party about Africa policies and said that in order to achieve change, expressing a well-defined right-wing position was necessary.
The party family will soon approve a document “which will have a significant effect in the upcoming years”, he addded. “Development policy was hijacked by left-wing and liberal political forces in the past thirty years,” he said.

“We in Hungary have already recognised that migration is not a solution. Instead, efforts must be made to offer help directly in place and to those that need it,”

he added.
All possible means must be found to help people succeed in their homelands so that they are not forced to leave it, he said. In addition to peace and security, education and economic partnerships are the best means, he added.
The EPP group in the EP plans to publish its position on Africa policies ahead of the EU-African Union summit on February 17-18, he said. 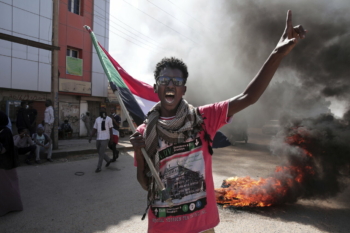 Read alsoHungary helped more than half a million people to remain in Africa, Caucasus