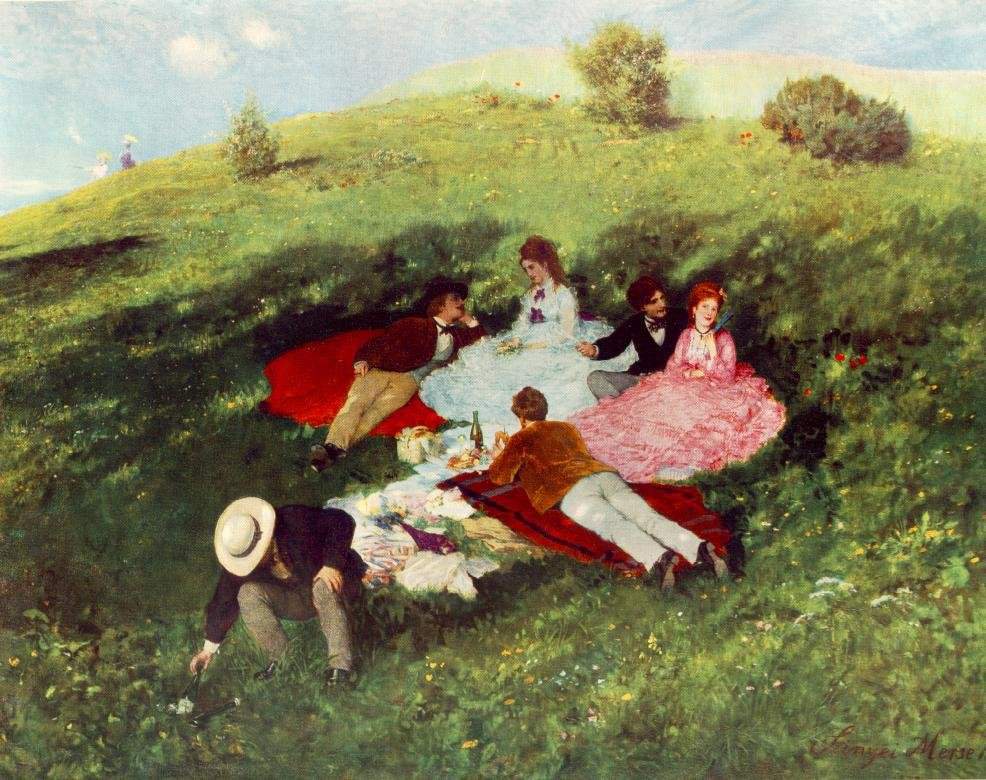 The life’s work of Pál Szinyei Merse, an outstanding master of nineteenth-century Hungarian painting and one of the most influential figures in Hungarian art, is the subject of the latest exhibition at the Hungarian National Gallery, Budapest. The exhibition of around 120 works examines the connections between the paintings in Szinyei Merse’s œuvre and the cult surrounding the artist. As the evolution of his art and the history of his cult unfold side by side, visitors are offered a new perspective on the artist’s prominent position in cultural history.

The exhibition presents Szinyei Merse’s key works in their Hungarian context and in relation to thematic and painterly parallels from the international (primarily German, Austrian and French) art scene of his times. More than twenty paintings by international artists have been kindly loaned to the show by distinguished public and private collections, including masterpieces by Monet, Sisley, Corot, Courbet and Gainsborough. The exhibition provides not only a rich selection of Szinyei Merse’s œuvre, including several pieces rarely seen in public, but also a detailed overview of his cult, revealed through the works of past masters such as Károly Ferenczy, József Rippl-Rónai and Aurél Bernáth, and contemporary artists including Gyula Konkoly, Endre Tót and Ábel Szabó.

Originally planned for 2020 to coincide with the 175th anniversary of the artist’s birth and the centenary of his death, the exhibition was postponed due to the pandemic crisis.

The upside of this delay, however, is that now, in autumn 2021, the Hungarian National Gallery can exhibit additional works that have rarely been glimpsed in the last hundred years, which would have been impossible to include last year. One example is Szinyei Merse’s Sailboat on Lake Starnberg (1867), a painting that disappeared from the collection of the Museum of Fine Arts during the turmoil of World War II, but which was recently restored to the Budapest collection thanks to the generosity of a New York art collector of Hungarian origin. Szinyei Merse’s painting White Tree (1909), now in private ownership, is on public display again for the first time in over a century.

Pál Szinyei Merse was a ground-breaking pioneer and the first true colourist in the history of Hungarian painting.

During his time in Munich, the young artist studied in the legendary class of Karl von Piloty and could count some of the finest painters in the city among his friends. The works produced in the first period of his career – Picnic in May, Lady in Violet, Snowmelt, Skylark, Balloon – played a key role in the establishment of modern Hungarian art. His chefs d’œuvre are among the best-known paintings in Hungarian art history and have formed an inescapable part of Hungary’s cultural memory for over a hundred years. With their perfect composition, their pervasive power and freshness, their daring use of colour and their singular approach to nature, Szinyei Merse’s paintings are universally admired. The artist’s greatness lies in the fact that, at the same time as his French contemporaries, the Impressionists, but entirely independently from them, he discovered the capacity of sunlight to break down form and modify colour. He was the first Hungarian who consistently, comprehensively and innovatively implemented modern ideas in painting, enabling Hungary’s scene, for the first time in its history, to keep pace with the latest trends in European painting.

Szinyei Merse’s life and career are presented both in the context of works by his nineteenth-century contemporaries, and also retrospectively, looking back at his legacy as an established, revered artist through the lens of the cult that embraced him late in his lifetime.

Three decades after the previous major Szinyei Merse exhibition at the Hungarian National Gallery, even his most familiar paintings now appear in a new light, through uniquely arranged thematic sections covering an unprecedentedly wide-ranging ensemble of his works. Thanks to the loans kindly received from within Hungary and abroad, visitors now have the chance to see works by Szinyei Merse that are seldom on public display: Mother with her Children I, Dance of Fairies, In the Park, Self-portrait in a Leather Coat, Portrait of Zsófi Szinyei Merse.

The central piece in the exhibition is one of the most famous works of Hungarian painting, Picnic in May.

The work played a crucial role in the rise of the Szinyei Merse cult, and it has become a true Hungarian icon. The unique place it occupies in the history of art is investigated in a specially produced short film. Another highlight of the show is the section on colour theory, in which the science of colours and how we perceive them helps us to interpret Szinyei Merse’s colour-rich canvases. Further sections examine the four historic international exhibitions that shaped the development of the artist’s life and work. The exhibition concludes with a room dedicated to the cult of Szinyei Merse in twentieth-century and contemporary art, keeping the artist and his works alive in the form of reflections, paraphrases and interpretations.

The exhibition is accompanied by a catalogue in Hungarian and English. 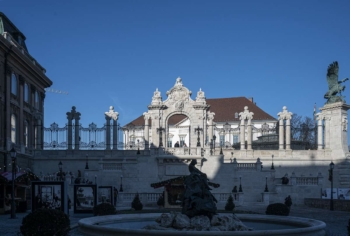