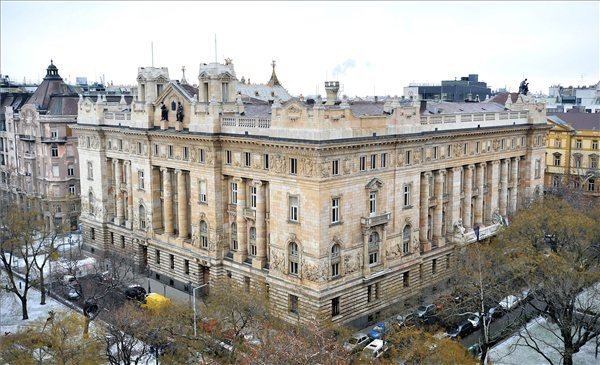 (MTI) – Hungary had a ESA95 budget deficit of 627 billion forints (EUR 2.04m) or 2.2 percent of GDP, according to preliminary national account figures, the Central Statistics Office (KSH) said on Monday.

KSH said it reported the figures as part of the European Union’s excessive deficit procedure (EDP) to Eurostat. Government sector debt stood at 23,068 billion forints or at 79.2 percent of GDP at the end of 2013, KSH said, citing data from the National Bank of Hungary.

The public deficit ratio was well under the 2.7 percent government target. It rose from 2.0 percent of GDP recorded in 2012. The debt ratio fell from 79.8 percent of GDP at the end of 2012.

The overall deficit rose slightly less than 50 billion forints from 578.7 billion forints in 2012 as the deficit jumped but local councils’ surplus rose more than fivefold because of the takeover by the central budget of municipal debt.

Reacting to the lower-than-expected deficit figure, analysts said it was likely that the deficit will continue to stay below 3 percent of GDP in 2014, too.

K and H senior analyst David Nemeth said that last year’s 2.2 percent deficit ratio indicated a disciplined fiscal management and it served as a good basis for this year, increasing chances to keep the target below 3 percent. He added that the good deficit figure would further increase market confidence, and give a positive feedback to credit rating agencies.

Erste Bank Hungary senior analyst Gergely Gabler said that though there are risks around this year’s budget, but the government’s goal to keep the deficit below 3 percent “would certainly be met”. He added, however, that meeting that goal would require further measures in the second half of the year.