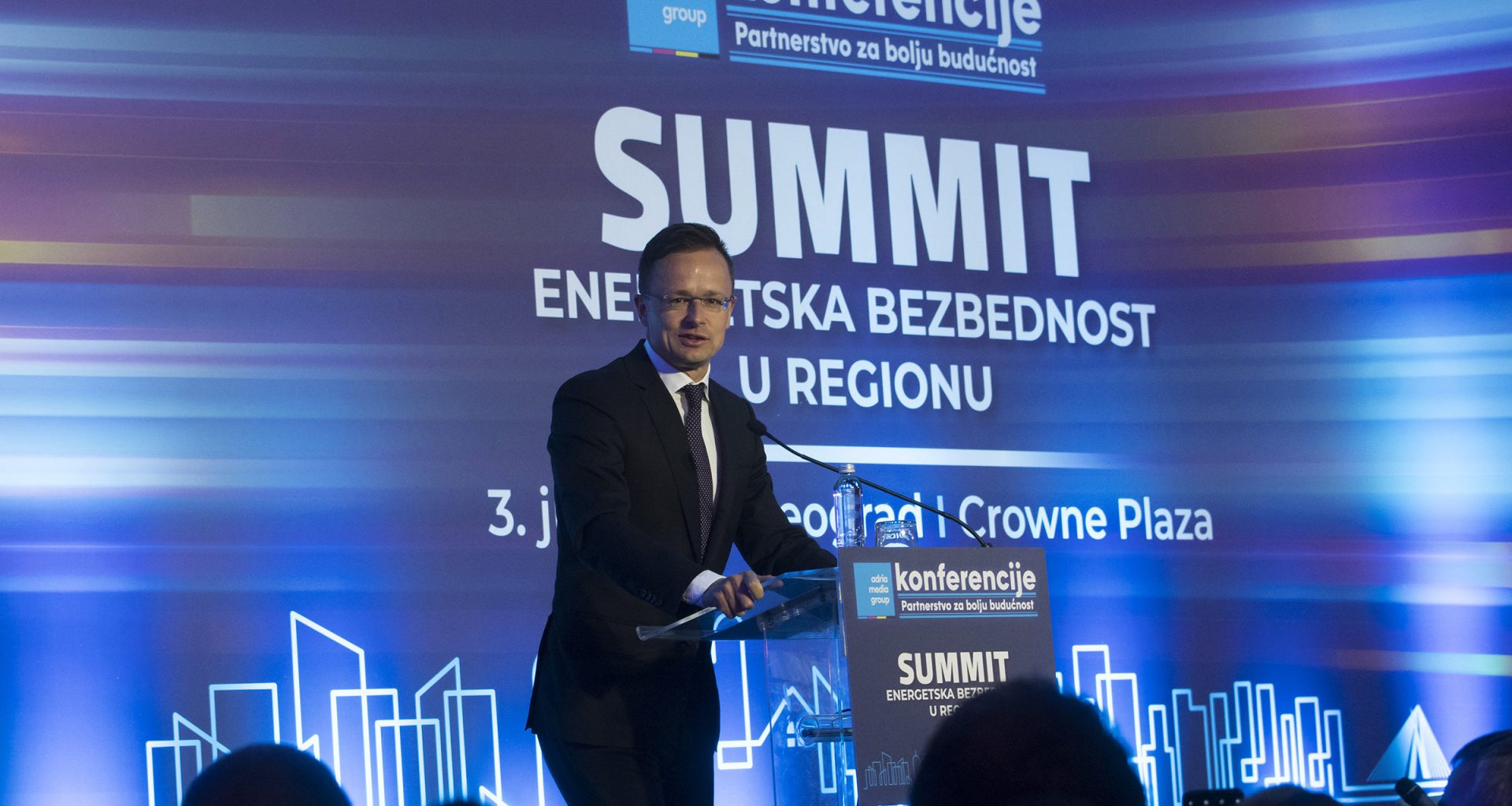 Hungary will need new solutions and transport routes to handle uncertainties in energy supplies expected from next year, Foreign Minister Péter Szijjártó said in Belgrade on Monday, but added that Hungary was prepared for the challenge.

Szijjártó told a regional energy security forum that gas supplies were crucial for central Europe, yet in recent years “there have been few developments that gave us reason to be glad”. “Next year will be a watershed in this regard,” he added.

Uncertainties may arise from next year that will influence the whole region, he said. It is uncertain if central Europe can receive Russian gas through Ukraine from 2020, he added.

“Hungary is prepared for the challenge,” he said citing an agreement signed with Russia which will secure gas supplies in 2020.

However, in the years to follow, Hungary’s capability to import gas “from new sources and through new routes depends exclusively on its allies”, he added.

“It depends on our Croatian friends if they build their LNG port and it depends on decisions by an American and an Austrian company if gas found in Romania is extracted,” he said.

“If neither happens … Hungary will have no other choice but to focus on developing a southern transport route through which Russian gas could arrive through Turkey, Bulgaria and Serbia,” he added.

“secure energy supplies are a matter of national security and sovereignty.”

On the sidelines of the forum, Szijjártó had bilateral talks with the energy and economy ministers of Serbia, Romania, Montenegro, Bulgaria, and the Bosnian Serb Republic.

As we wrote before, Hungary would “gladly” diversify its energy supplies, but doing so requires proper infrastructure and the necessary investment decisions, the foreign minister said, read more HERE.