Hungary ranked poorly on the list of European football academies

The International Center for Sports Studies (CIES) has recently published a list of TOP100 that ranks the best European football academies based on their performance. There are even two Hungarian football training clubs, MTK and Honvéd, that made it to the ranking. However, there is still plenty of room for improvement.

The CIES looked at the football teams of 31 major European leagues in the previous season, including the Hungarian ones as well. If a player, between the age of 15-21, has been registered with his current club for at least three consecutive seasons, he was considered a club train player. Europe has 55 member states that play football, and Hungary now ranks 28th on the list of the Union of European Football Associations (UEFA). It’s important to mention that the great performance of Ferencváros positively influenced this ranking in the past three years.

Only two Hungarian academies have been listed in the ranking: MTK and Honvéd.

MTK has contributed with 28 while 22 Honvéd has given 22 club train players to European football. These players made it at least to National Championship and were, thus, included in the CIES statement. In the case of MTK, the club boasts two outstanding Hungarian players: Péter Gulácsi (RB Leipzig, Germany) and Barnabas Bese (Leuven, Belgium). Meanwhile, Honvéd has one legendary Hungarian player, Filip Holender, who has recently returned to his home country after a Swiss detour.

As the Hungarian news portal Telex reports, most of the football academies abroad are privately owned; however, the system works differently in Hungary. In November 2019, the government decided that it is the state’s responsibility to support the 10 priority training clubs. Last year, Felcsút received the biggest financial support: more than EUR 2.7 million out of the EUR 13.8 million budget per semester. However, the Pancho Arena, which has been operating since 2014, is not yet present in the ranking. The other 9 academies shared nearly EUR 11.1 million in government aid.

Read also: HUN vs ALB behind closed doors – Orbán cheered for the home team in a video – PHOTOS

Among the TOP10 European academies, Ajax takes first place (81 players in 31 leagues), followed by Sahtar (75), Sporting (70), Dinamo Kiev (70), Dinamo Zagreb (70), Partizan (69), Real Madrid (62), Benfica (60), Sparta Prague (58), and Barcelona (57). What’s common between these above-mentioned academies is that not only do their youth clubs perform exceptionally well but also their adult clubs stand out since 8 of them already made it to the Champions League.

The Football Observatory also made a ranking of the quality of the players extracted. In TOP3, the order has changed a bit. Sporting has caught up to second place behind Ajax while Real Madrid stands at third place.

In this category, the Hungarian academies are ranked at the bottom: MTK is in the 91st place and Honvéd is in the 99th place.

The CIES further narrowed down the ranking by highlighting the institutions where the top league players come from. The top 5 European leagues (English, German, Spanish, Italian, and French) are home both to the best players and the best national teams. Among the top leagues, Real Madrid and Barcelona are ranked first, followed by Lyon, PSG, Rennes, Valencia, Arsenal, St. Etienne, Chelsea, Manchester United, and Monaco.

The last Hungarian player at the Real Madrid academy was Ádám Szalai, who is currently playing in Mainz. He has won more than 200 matches with the German team. Another outstanding Hungarian player is Mátyás Tajti, who was trained in Barcelona, ​​and now plays as the midfielder of the Hungarian Zalaegerszeg team. We cannot miss Pál Dárdai either, the Hungarian head coach for Hertha BSC. Thanks to him, there are currently 17 former Hertha BSC players are registered in top leagues now. Dárdai also helped Hertha BSC to finish as the third-best German club after Bayern Munich and Hoffenheim.

The newly published ranking reflects that even though the listing of the two Hungarian academies seems encouraging, there is still scope for improvement. 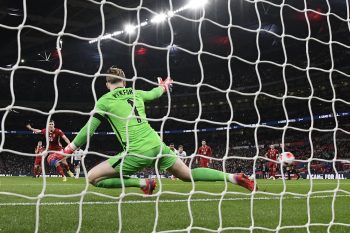