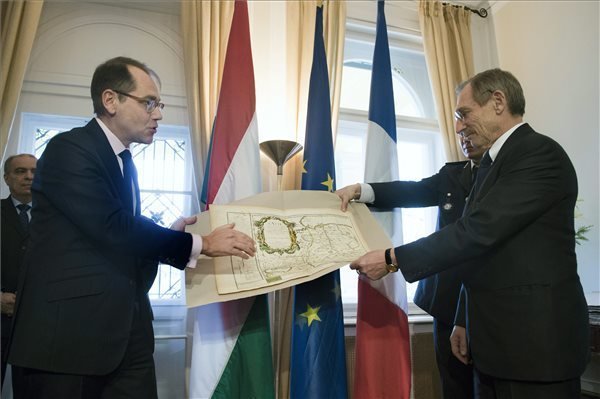 Budapest, February 25 (MTI) – Hungary’s interior minister on Tuesday presented to the French ambassador 110 maps printed in the 16-18th centuries, which had been stolen in France and then recovered in Hungary.

The maps, cut out of books, were stolen from the Library of Toulouse in 2012 and were discovered in the same year in a car near Gyor in north-western Hungary, according to national police.

In a joint investigation, the Hungarian and French police established that the maps had been stolen by a Hungarian national living in France.

In June last year the French and Hungarian police detained the suspected thief and his wife in France, and four other suspects in Hungary. The four men arrested in Hungary were extradited to France in August 2013 where legal procedures will continue.

French ambassador in Budapest Roland Galharague thanked Hungarian authorities for their work and praised justice cooperation between the two countries.