Press release, FIBA – With Hungary returning to FIBA EuroBasket for the first time in 18 years, the Central European nation had more reason than most to celebrate when the Trophy Tour hit the nation’s capital city.

With Hungary’s last appearance coming back in 1999, there was no chance for the Nikolai Semashko Trophy to pass through Hungary on its previous tour in 2015, giving the Hungarian Basketball Federation even more motivation to make it a spectacular stop this time.

It began on June 7 in Székesfehervár, when the trophy was on display during Game 1 of the Hungarian Finals, won by Falco KC over Alba Fehérvár by the slightest of margins, 77-76. The trophy was on display in the public tribune, along with faithful side-kick Sam Dunk, with the official FIBA EuroBasket 2017 mascot once more on hand as he has been throughout the tour to date. 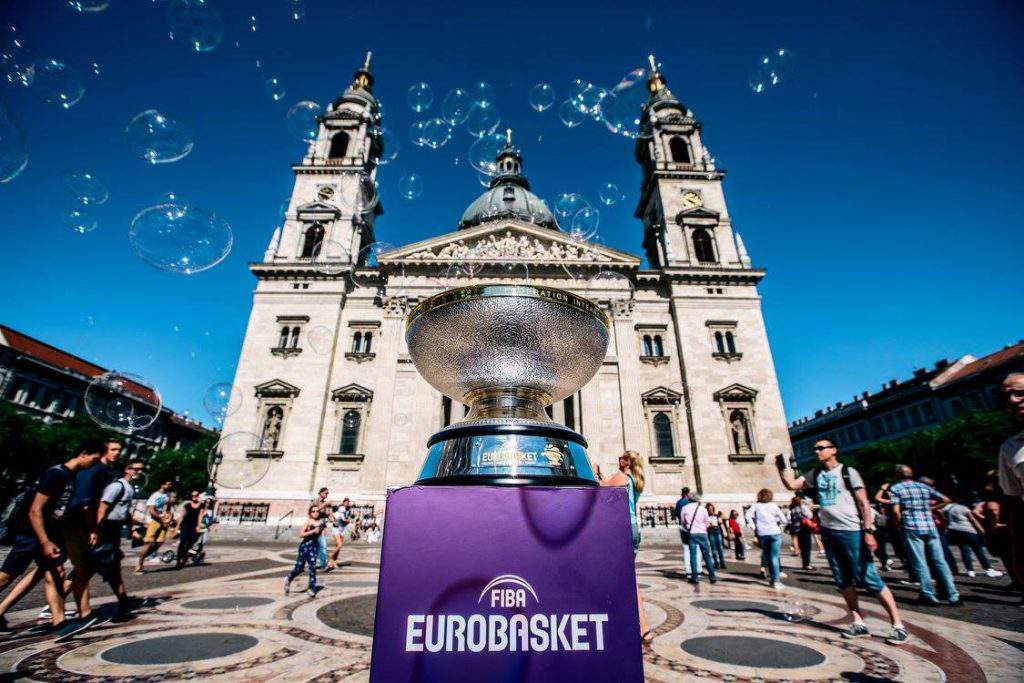 National team player, Norbert Tóth, was on the winning team in the first game.

“In the past years, we have been working so hard to be on the European basketball map again,” expressed the power forward.

“For the younger generation, it is a fantastic chance for them to see the real trophy and make pictures with it,” Tóth explained, in reference to the presence of the trophy.

A day later and it was on to Budapest where it was not the men’s team greeting the trophy, rather the European champion women’s 3×3 team.

On display in Madách Square, the Hungarian Federation also put on a 3×3 competition, allowing fans to take on the national women’s team.