Industrial output in Hungary dropped by an annual 3.4 percent in October, according to a first reading of data published by the Central Statistical Office (KSH) on Tuesday.

Output fell by 2.7 percent, based on data adjusted for the number of working days.

Month on month, it was 0.3 percent higher, according to seasonally and working day-adjusted data.

The car sector, Hungary’s biggest manufacturing component, saw a big fall in output on the back of the global chip shortage,

while output of computers, electronics and optical equipment also shrank.

Other production sectors such as food, drink and tobacco, saw output gains.

In the Jan-Oct period, output grew by an annual 10.8 percent 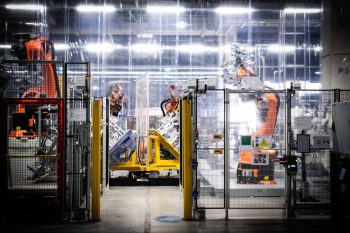 Analysts told MTI that a shortage of components, especially semiconductors, hit vehicle manufacturing and electronics hardest, and any improvements here were unlikely until the middle of next year. This in turn is expected to weigh down economic growth, they said.

Gergely Suppán of Takarékbank said that had chip supply not been an issue, then the volume of industrial output could have exceeded the current figure by 9-12 percent, but as it is output has fallen back to below pre-epidemic levels.

Output is unlikely to return to growth in the coming months and the chip deficit is likely to endure for quite some time, he added.

Péter Virovácz of ING Bank said that looking at fresh German industrial data, there had been cause for optimism, but the Hungarian data did not reflect that particular recovery. He added that problems faced by Hungarian industry would not be resolved anytime soon. Still, the combined strength of smaller sectors may be sufficient to keep the level of industrial output above the waterline, he added.

Export performance will probably suffer and the downside risks to economic growth would intensify, he said.

The external environment was becoming less supportive, he said, and recent pandemic-related restrictions were taking their toll.

The lacklustre performance of the car industry and related sub-sectors would only be partially offset by new capacity in the battery and chemical industries, he added. Supply-side problems are likely to endure until the middle of next year at the earliest, he said.