Orban was elected with 130 votes in favour and 57 against.

Orban was supported by lawmakers of the co-ruling Fidesz and the Christian Democrat parties, nayes came from the Socialists, radical nationalist Jobbik, green LMP, E-PM, and one independent MP.

The Socialists do not wish to be party to Hungarian parliament acting as smoke screen for party politics, the party’s leader Attila Mesterhazy said. Mesterhazy criticised the government for failing to provide information on a government programme, the new government structure or its members. He added that no opportunity has been provided to make comments after the prime minister’s speech. “Under such circumstances it is not worth listening to the prime minister’s speech, as no more than bio-props” he said.

Peter Konya, a senior official of the E-PM party alliance, told a press conference that Orban had not published any platform in his election campaign other than “we shall continue”. He added that this was not something that E-PM supports. He said E-PM opposed retroactive legislation, more poverty for Hungarians, stealing their private assets, raising Hungary’s energy dependence and demolishing the system of checks and balances. He added that E-PM calls on Orban to immediately suspend talks on the Paks nuclear plant upgrade, as the contract on Paks will make Hungary dependent on a country which is “at war” in a neighbouring country, where the safety of ethnic Hungarians is also at risk. 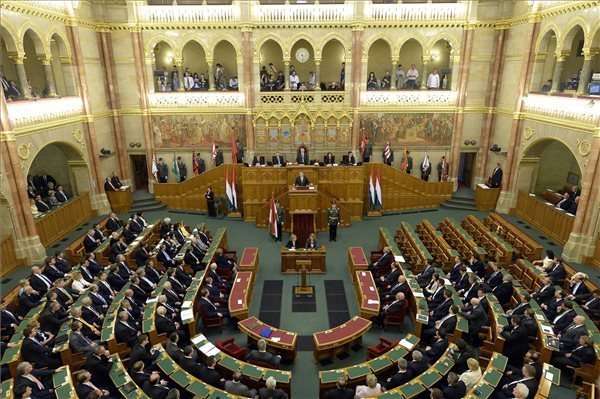 Green LMP said that it was not the prime minister but the people who will decide whether the government’s actions are questionable. The party said Hungary will have a government with no chance for accountability. The supermajority got rid of the obligation of presenting a government programme and there is no chance for opposition lawmakers to comment on Orban’s speech in parliament, a statement by the party’s two co-leaders said.

“The slogan ‘We shall continue’ is a threat rather than a promise”, the statement said.

The four lawmakers of the opposition Democratic Coalition were not present at the vote. The Democratic Coalition will in the coming four years work towards ousting the “regime”, the party said in a statement. Orban talked about optimism and ambitions to become a middle power, but Hungary is “under the authority of corrupt mediocrity and undiscriminating servility”, it added. Fully four million people are trying to survive at subsistence level and half of the youth want to leave the country. The level of state debt is at an unprecedented high, it said.

Gabor Fodor, the leader of the opposition Liberal Party, said he would not vote for Orban’s re-election, adding that it is still not known what programme his government planned to carry out.

Radical nationalist Jobbik said Orban’s speech lacked any concrete social or economic manifesto. Party leader Gabor Vona asked Orban to go along with Jobbik’s political programme of providing a decent living, public order and taking those responsible to account. Vona asked Orban to abandon his “double behaviour” of playing a freedom fighter at home and supporting the vision of the United Europe in Brussels at the same time. Vona said his party would be a constructive opposition. He added that the Socialists leaving the chamber during the prime minister’s speech was “pathetic and naive”. 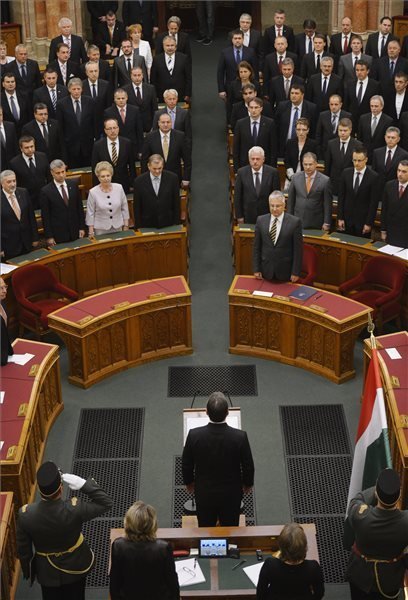 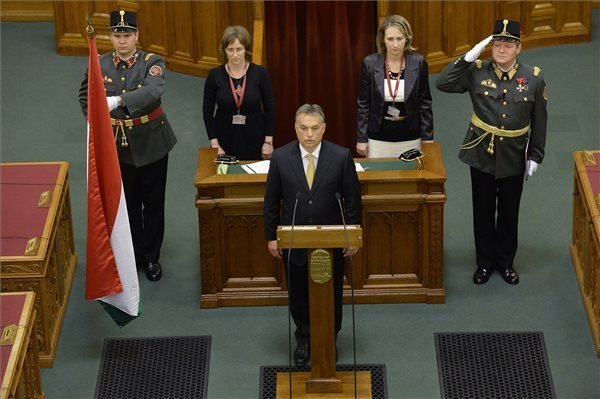 With the vote, the prime minister entered office and took his oath 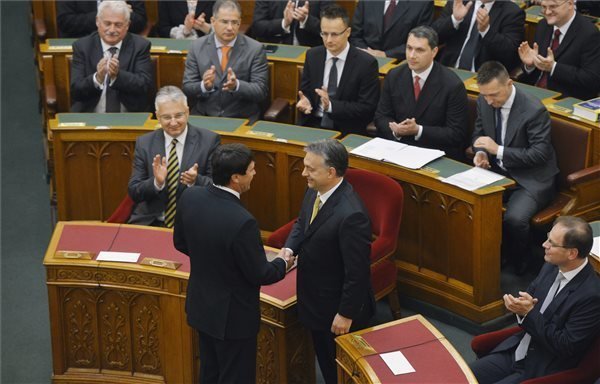