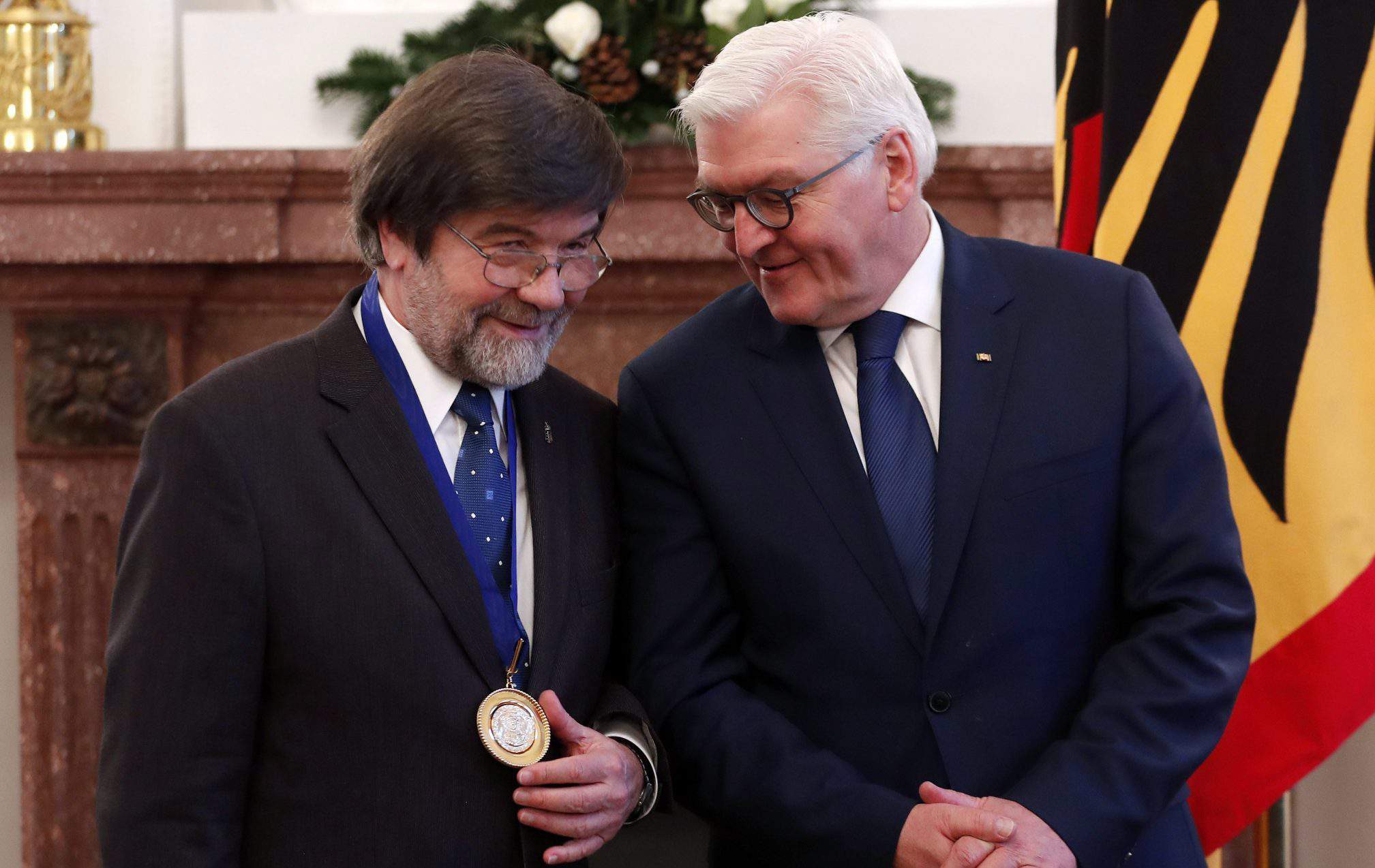 German President Frank-Walter Steinmeier presented the 2017 International Adalbert Prize to Imre Kónya, a former interior minister of Hungary, for the promotion of peace, freedom and cooperation in Europe.

Kónya served as a moderator in the meetings of the Opposition Roundtable, a coalition of opposition groups set up just before Hungary’s change of regime to negotiate with the Hungarian Socialist Workers’ Party on transition to democracy.

A member of the Hungarian Democratic Forum (MDF), which won the first free elections, Kónya went on to become the ruling party’s parliamentary group leader.

He served as interior minister in 1993-94 under Prime Minister Péter Boross, who took office after the death of József Antall, Hungary’s first prime minister after the fall of the communist regime.

In his laudation, Steinnmeier praised

Kónya as “one of those Hungarian politicians who shouldered responsibilities and took personal risks” in the process of deconstructing the Communist regime and paving the way for the country’s transition to democracy.

The “courage, wisdom and skill” he has shown while in opposition of the regime was “at the root of the momentum that started from Hungary and led to the breakthrough of democracy and freedom in Europe”, Steinmeier said.

The International Adalbert Prize is awarded every two years to persons contributing exceptionally to European integration, good relations between western and central European countries, and to European peace, freedom and cooperation.