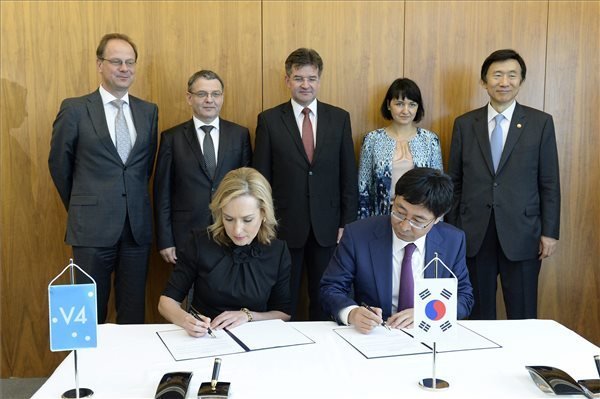 (MTI) – The International Visegrad Fund set up by the Czech Republic, Hungary, Poland and Slovakia signed a cooperation agreement with South Korea on Thursday.

The event was attended by the foreign ministers of the Czech Republic, Hungary and Slovakia, the foreign affairs state secretary of Poland as well as South Korea’s Minister of Foreign Affairs Yun Byung-se. 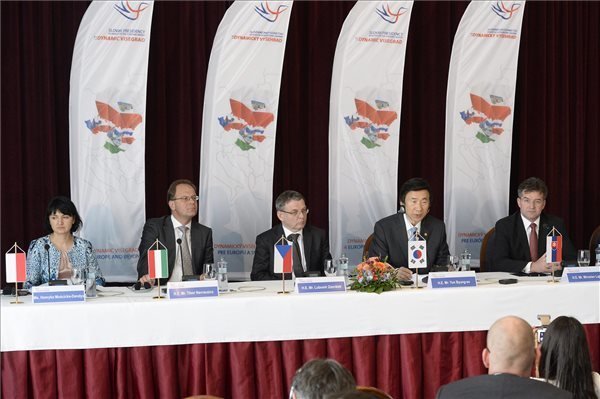 Hungarian minister Tibor Navracsics said that within the Visegrad Four Hungary had the longest-standing links with South Korea, establishing diplomatic relations with it 25 years ago.

Navracsics added that the cooperation agreement would give new impetus to Hungarian-Korean relations, too.

Under the agreement, V4 members will coordinate with one another their cultural and economic cooperation with South Korea. The government of South Korea will provide financial support for the International Visegrad Fund, with this year’s sum amounting to 500,000 dollars.