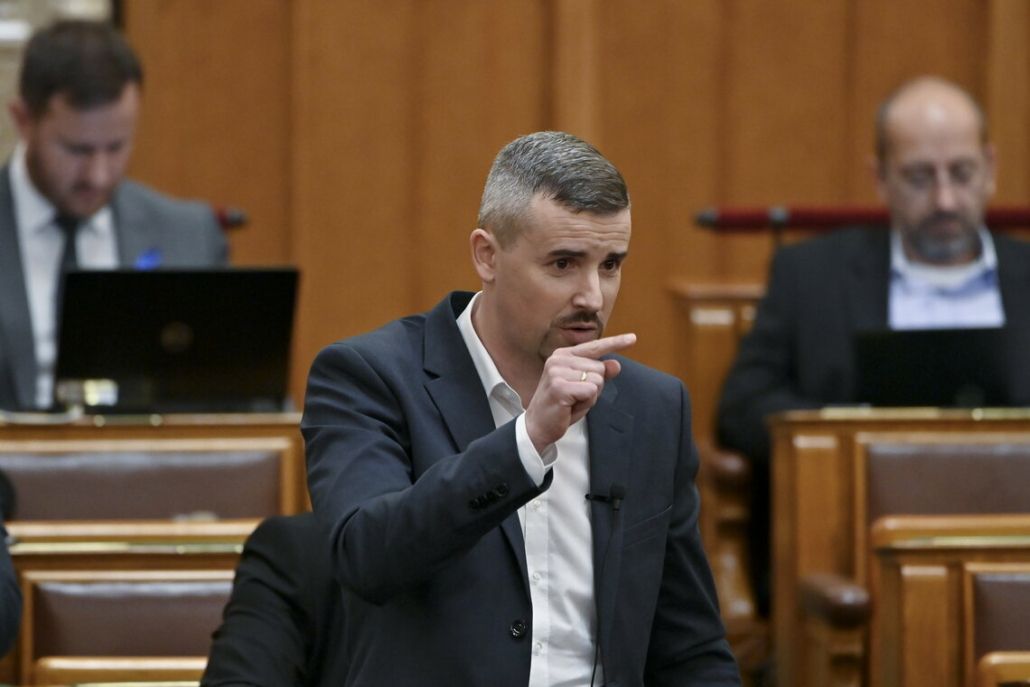 The year 2022 will bring perhaps the most important election for Hungary’s young democracy since 1989. The stakes are extremely high. We are at a crossroads where our homeland may remain a reliable member of the European Union as a pluralistic democracy or permanently sink into a corruption-ridden autocratic system with a vested interest in sabotaging the European Union.

Over the past twelve years,

the Orbán regime has systematically been undermining Hungary’s rule of law,

depriving democratic institutions of their functions, eliminating the independent free press, destroying local and municipal autonomy, hampering the operation of independent cultural and academic institutions and NGOs, running smear campaigns against minorities, while constantly instigating against the European Union’s institutions and leaders. Furthermore, the Orbán regime now openly functions as the advance guard of eastern autocracies rivalling the European Union. Unfortunately, the EU has been standing somewhat idly by.

Incorporating the widest democratic political spectrum from the conservative centre-right to the liberal left, the Hungarian democratic opposition formed an alliance to join their forces for the election and save Hungary’s democracy and European position.

Over the past nearly twelve years, the Orbán government’s

main source of legitimacy has been its parliamentary majority, which it achieved by constantly rewriting election rules in line with its own interest, so that Viktor Orbán and his party could stay in power.

If it was up to him, Orbán would prefer to govern without the Parliament and any constitutional restrictions, by way of a so-called “fundamental law” that can regularly be amended to legalize the suppression of democratic institutions, allowing him to govern by decree. Unfortunately, Hungary’s and Germany’s history has seen numerous precedents of how legal may not necessarily equal legitimate if it serves the interests of an autocrat rather than the majority of citizens.

As early as in 2018, international observers already established that the elections were neither free nor fair, let alone honest, especially because of such factors as pro-government media dominance, institutionalized misinformation and electoral abuse. One of the commonly known fraudulent methods is called

It means that massive numbers of pro-government voters, living either in Hungary or abroad, are re-registered under the same address located in fiercely competitive swing districts. The procedure has enabled the Orbán government to manipulate the outcome of the elections in its own favour, thus obtaining the majority of parliamentary seats. Centre-right Jobbik party’s provincial organizations and activists have been spearheading the movement to uncover these frauds, but the electoral abuse had no significant consequences for the perpetrators, even though this pro-government practice has been illegal thus far. The consequences will be even less significant now, because the Orbán government has just “legalized” this dishonest practice by recently amending the law, as passed by the Parliament’s pro-government majority on 9 November.

The adopted bill will modify the definition of the term “residence”: citizens will no longer need to actually reside, i.e., live habitually under the address where they have officially taken up residence. Thus the legislation may open the gates even wider for organized electoral fraud by legalizing voter tourism.

As one of its most important data for voter identification, Hungary’s electoral system relies on the citizens’ address, which determines their location of voting as well as the manner of having their say in public affairs. Consequently, residence, the definition of which has just been modified by the government a few months before the election, is a safeguard against potential violations regarding the fairness of the election and the population numbers of electoral districts through employing such means as fictitious addresses or mass transportation of voters in swing districts. The elimination of the thus far existing legal guarantees, such as the punishment for the establishment of fictitious residence, i.e., the false registration of habitual residence, may allow for a significant and fundamental influence on the fairness of the Hungarian elections.

and finally formulate a Constitution that can be confirmed by a referendum, thus providing a “social contract” that ensures the framework for democratic development. The Orbán-led Fidesz is now employing whatever means they can to prevent it. Unfortunately, Hungary’s Constitutional Court is completely under Orbán’s control, so there is no point for us to turn to them. Since this amendment violates the fundamental right of Hungarian and thereby EU citizens for a free election, I am asking Mme President to

launch an infringement procedure in order to enforce the retraction of the legislation.

Furthermore, allow me to ask Mme President and the EC to pay particularly close attention to the Hungarian election results, because we are afraid that the Orbán regime will employ many other means to manipulate the elections, since they are fully aware that the democratic alliance has a realistic chance to win.

President of Jobbik, a member of the united opposition