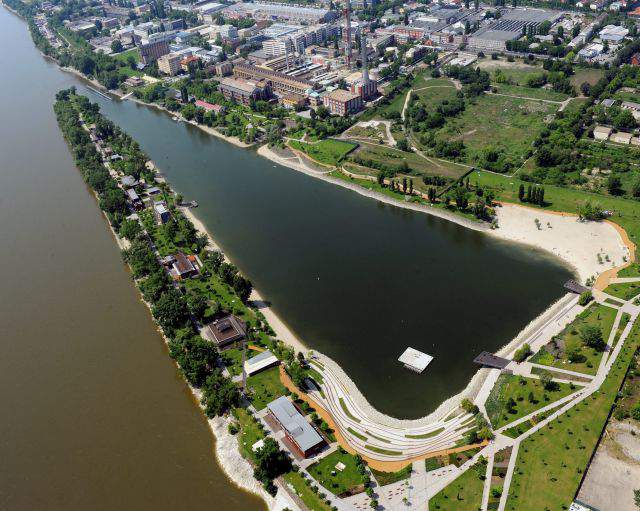 A popular Budapest recreational area, the Kopaszi-gát (Kopaszi Dam) will be served by public transport boats from 1 September 2017. Lines D11 and D12 will be operating from Újpest and Rómaifürdő, respectively, to the new Kopaszi-gát–BudaPart pier.

As a new development of Danube riverboat services by BKK, a new southern pier will be added to the route of lines D11 and D12: Kopaszi-gát–BudaPart pier will be in service starting from 1 September 2017. The well-liked recreation spot will be accessible by scheduled boat services every day between 8:15 and 20:15.

BKK continues to strive for the full inclusion of waterborne passenger transport into the public transport system of the Hungarian capital. The relaunch of scheduled riverboat services after several decades has been a success story: the vessels operate with full capacity during the high tourist season.

As we wrote on April, two significant venues of Budapest’s cultural life, Müpa Budapest and the National Theatre are now part of the waterborne public transport network: as of Tuesday, 25 April 2017, the new Müpa – Nemzeti Színház pier is the southernmost terminus on the route of both lines D11 and D12.

The autumn schedules of boat lines D11 and D12 will slightly change due to the entering into service of the new pier. Please check http://www.bkk.hu/en/timetables/ for details.