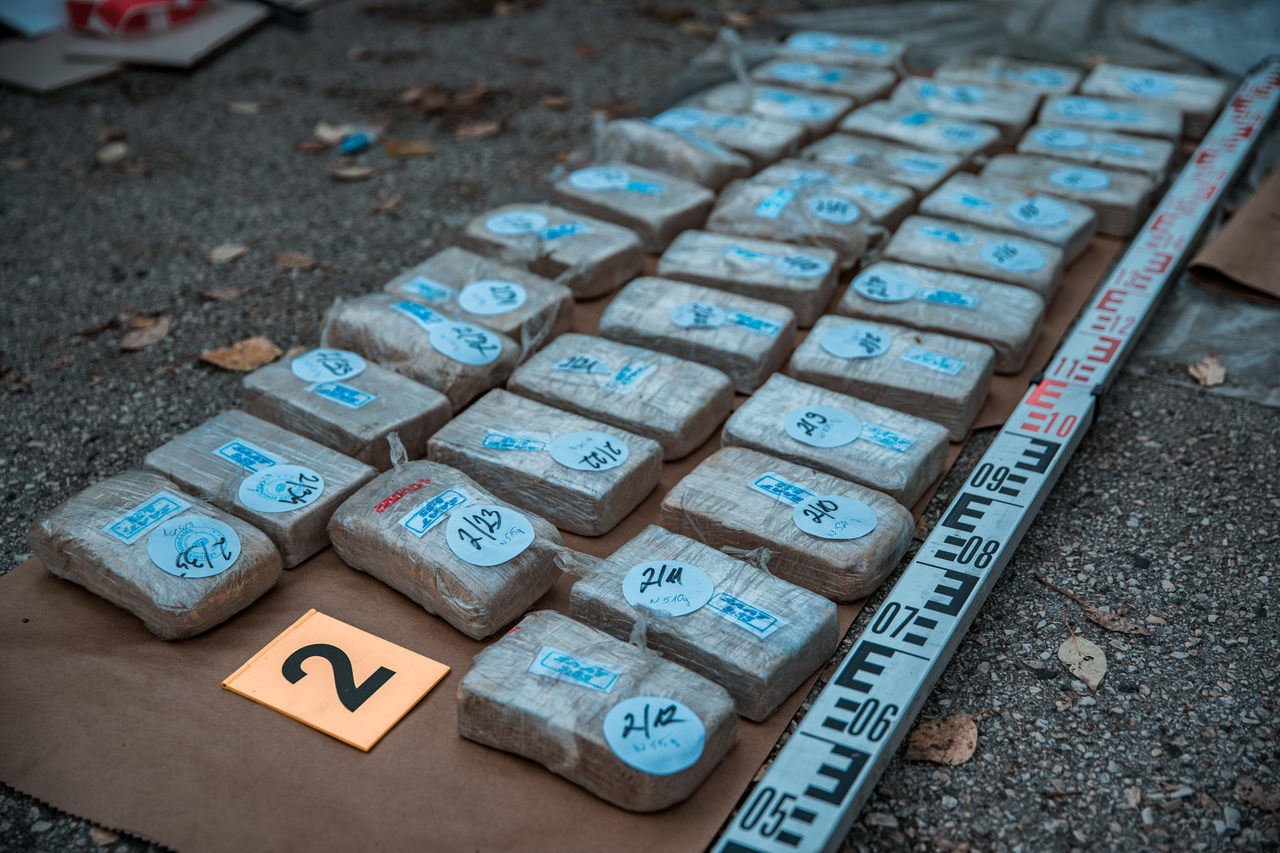 Largest heroin seizure of the last 20 years in Hungary! – VIDEOS

Police officers seized one of the largest amounts (69.1 kg) of heroin shipment in Budapest. Within the framework of international cooperation, Slovene authorities already seized 661 kg out of the amount of 730 kilograms. The black market worth of the high purity drug shipment exceeds EUR 52.2m (17.5 billion HUF).

The Drug Crime Division of the National Bureau of Investigation of the Rapid Response and Special Police Services (KR NNI) conducts an investigation against Richárd K. (47) from Budapest for the reasonable suspicion of having trafficked narcotic drugs of a substantial quantity. The investigating authority received information in the first half of 2019 that he plans to smuggle a significant quantity of narcotic drugs into the country.

Simultaneously with the Hungarian proceeding, on 30 October 2019 the Slovene customs authority discovered, at the port of Koper, 730 kilograms of heroin concealed in film rolls while carrying out the customs clearance of a container heading from Iran to Hungary.

The Slovene partner authority submitted – by way of the Europol – the information to the KR NNI that established that the heroin shipment discovered in the port is connected to Richárd K.

The Slovene partner organization seized 661 kilograms of narcotic drugs from the container but in the interest of apprehending the perpetrator, let the remaining quantity pass freely by informing the Hungarian detectives thereof.

The shipment arrived in a Hungarian establishment on 5 November where Richárd K. unloaded the film rolls and placed them in a warehouse leased by him. Colleagues of the KR NNI requested the tactical unit of the Counter Terrorism Centre to apprehend him, which took place at 21:00. The Intervention Support Unit of the Rapid Response and Special Police Services also took part in the operation.

Detectives searched his apartment where they recovered and seized a small quantity of tablets suspected of being narcotic drugs and 7 million HUF and 69.450 EUR in cash. Police officers also searched premises leased by Richárd K. at the establishment where they seized 69.1 kg substance suspected of being a narcotic drug hidden in 4 out of the 42 prepared film rolls disguised as packaging material.

The Slovene authority seized 661 kg heroin hidden in the remaining 38 rolls on 30 October.

A forensic chemist of the Hungarian Institute for Forensic Sciences was appointed to provide an expert opinion. Based on preliminary findings, the substance seized in Hungary is undiluted heroin. Besides the active ingredient of heroin amounting to 65%, the powder examined only contains accompanying components stemming from the production.

The drug seized would have reached the black market in a 2.5x dilution, therefore its value amounts to 1.6 billion HUF at least and 4.1 billion HUF at most.

According to findings of the investigation, the target country of the whole heroin shipment was Hungary.

Detectives of the Drug Crime Division of the KR NNI interrogated Richárd K. as suspect, took him into criminal custody and initiated his pre-trial detention that was subsequently ordered by the court on 8 November 2019 at the initiative of the Chief Prosecution Office of Budapest.