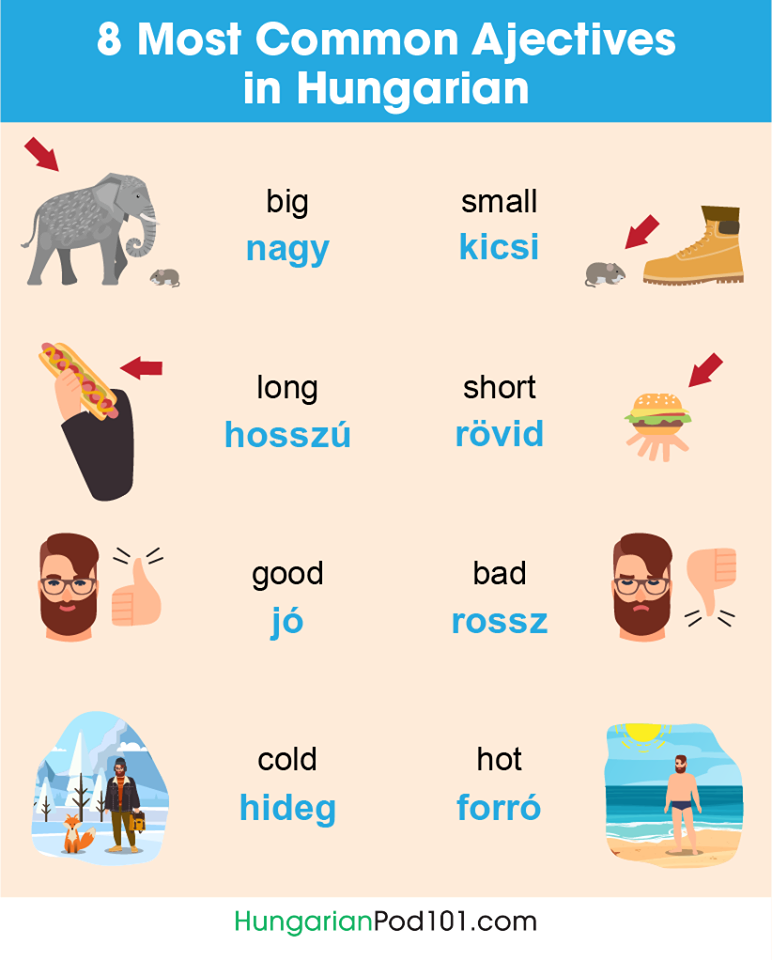 8 most common adjectives in Hungarian

To learn adjectives is way easier in Hungarian, than verbs, because adjectives are less connected to strict grammar rules.

There is no doubt that Hungarian verbs are harder to learn than adjectives because we have to conjugate them. These verbs are probably used in all Hungarian’s language on a daily basis, but you may say these words in your language, too, regardless of where you are from around the world. 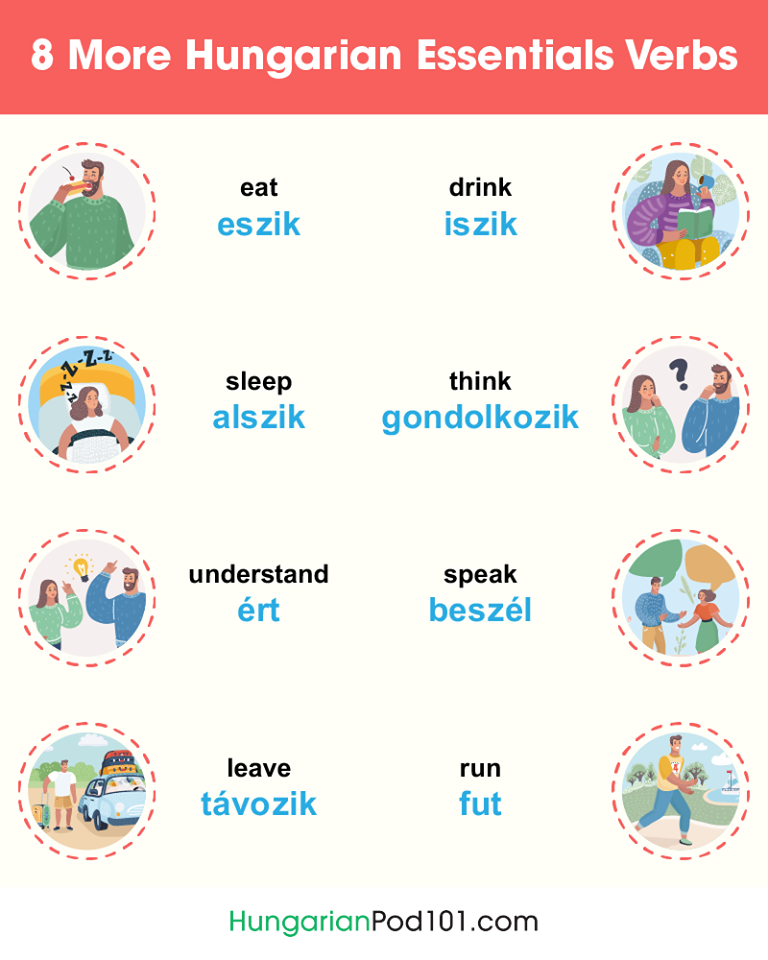 These eight verbs are not in infinitive forms, however. They are third person singular form, so the way you can see it on the picture is he/she is (…) (eating/drinking/sleeping) OR he/she (…) (eats, drinks, sleeps).

Note that the Hungarian language is really tricky and there is indefinite and definite conjugation of a verb. The upper one was an indefinite because we did not know what they were eating (something). If we do know what they are eating then it is:

Try to conjugate (or at least try to memorise) the words’ infinitive forms above!