Sofia, January 29 (MTI) – The European Union’s security situation has changed, with migration becoming the number one issue, Prime Minister Viktor Orban said after talks with his Bulgarian counterpart in Sofia on Friday. 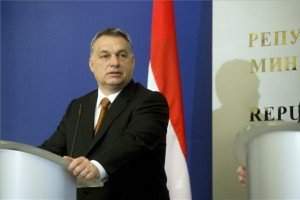 Speaking at a joint press conference with Boyko Borisov, Orbán said that up until now Europe had handled the migrant crisis as an economic and cultural issue, but with the growing threat of terrorism and deteriorating public safety, it has now become a security issue.

“Europeans, especially women and defenceless people, are in danger and this is unacceptable,” Orbán said.

The prime minister said every official in Europe was elected to guarantee the safety and security of his or her citizens, adding, however, that there are more and more countries in Europe that are incapable of fulfilling that obligation. He said Europe’s security situation needs to be taken seriously and that it is not principles but people that need to be protected from terrorism and crime.

Orbán noted that on February 15 the Visegrad Four countries will hold an emergency summit on migration to which the Bulgarian prime minister is also invited.

Orbán said it is “unfair” that the EU is applying “double standards” to Bulgaria and that the bloc does not want it to join the Schengen Area. He said it was also unfair that the EU has not acknowledged that Bulgaria has been the best non-Schengen member state at managing the migrant crisis.

If Europe wants to stay true to itself, it must offer Schengen membership to Bulgaria, Orbán said, adding that “whether a country would agree to join a dying institution” is a different matter.

Borisov said that although EU member states have yet to reach a consensus on the migrant crisis, sealing the bloc’s borders until they decide what to do with the migrants already in the EU could be a step in the right direction. He expressed hope that leaders at the February V4 meeting will agree that mass migration cannot be allowed to continue.

Borisov said Hungary is not the only EU country that has recognised Bulgaria’s efforts, with several countries viewing Bulgaria as a “role model”. The Bulgarian prime minister called for a swift European resolution to the migrant crisis.

Orbán later said in a statement that relations between Hungary and Bulgaria are based on mutual respect which he said was a “scarce commodity in Europe nowadays”. Orban said European politicians tend to “deviate” from the principle of mutual respect “too easily” but newer EU member states cannot resign themselves to such “rudeness” as mutual respect is a basic principle in Europe. 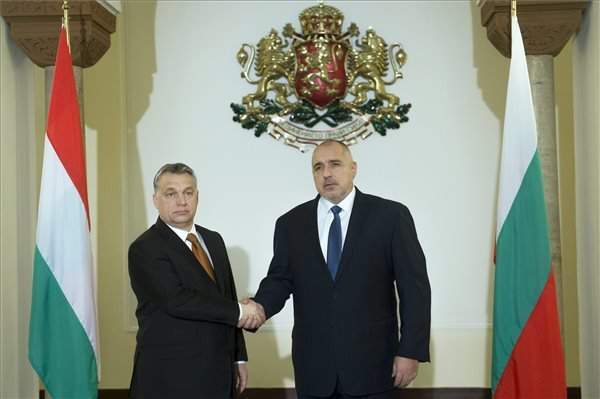 Orbán said economic relations between Hungary and Bulgaria are booming and Hungarian businesses in Bulgaria are treated fairly. Hungarian companies see Bulgaria as a stable country with predictable regulations where they face no competitive disadvantages, he said.

He said Hungary intends to expand the number of Bulgarian university students it offers scholarships to.