Budapest, December 2 (MTI) – The basic minimum wage in Hungary should rise to 101,500 forints (EUR 336) in 2014, representatives of the private sector and the government’s permanent consultation forum (VKF) agreed on Monday. 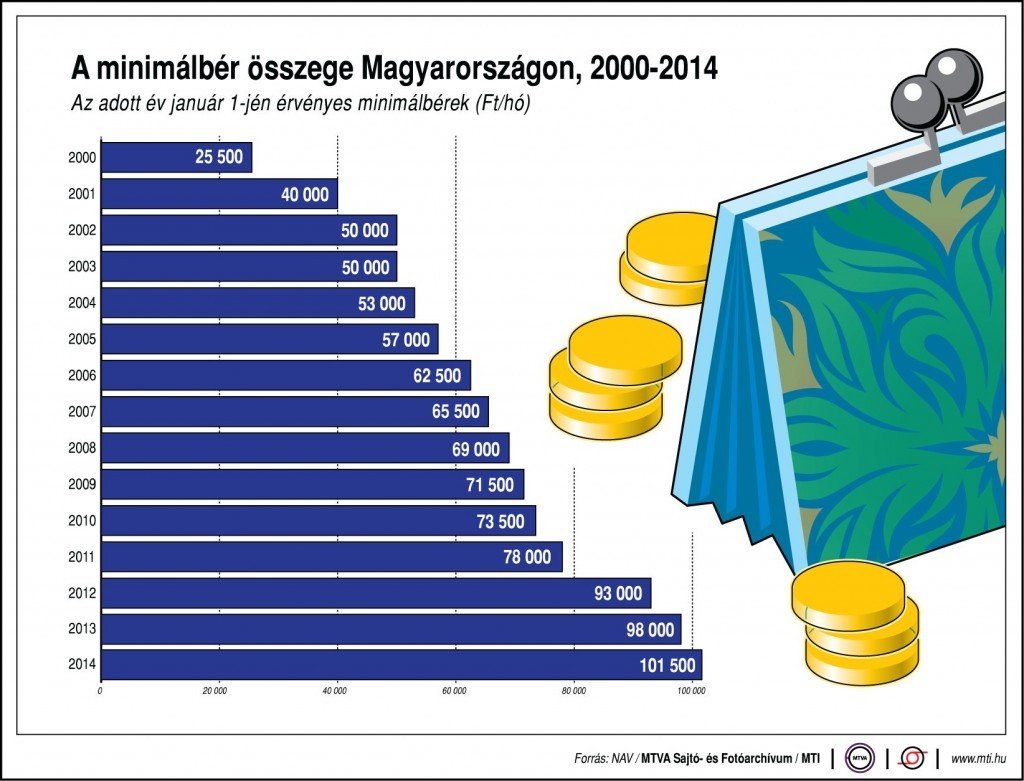 State secretary for employment Sandor Czomba said the basic minimum wage would rise by 3.6 percent and the wage for skilled workers by 3.5 percent. He said the agreement showed constructive cooperation on the side of both employers and unions.

The compromise will support Hungary’s economic indicators by raising real wages, preserving workplaces and expanding employment, he added. The government is expected to take a decision on the agreement at the next cabinet meeting, Czomba said.

Ferenc David, who heads business association VOSZ called the agreement a “good compromise”, adding that it would directly affect more than half a million people in the private sector.

Compared to next year’s projected inflation of 2.4 percent, the 3.6 percent increase in the basic minimum wage will result in improved real wages, he added.