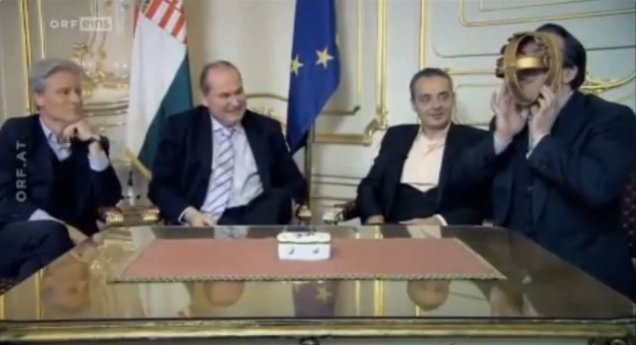 Budapest, December 19 (MTI) – A recent programme on Austria’s public television which involved humorists mocking the holy crown of Hungary must not harm the traditionally friendly relations between the two countries, the foreign ministry said today.

Earlier in the day, radical nationalist Jobbik called for the withdrawal of the Hungarian ambassador Vince Szalay-Bobrovniczky because he “did not behave in a proper way” when he was laughing along with the humorists.

The ministry said in a statement that it refuses “to take a stand against those that made the programme in Austrian public television and also those that find such a programme humorous.”

The ministry said the ambassador acted properly in connection with the provocation launched against Hungary’s national sysmbol and the head of the mission representing Hungary.

The ministry is working towards developing relations between the two countries and nations, and the ambassador carries out his work in this spirit, the statement added.

News website 444.hu reported on Wednesday that during the Austrian television show Wir Staatskunstler humorists asked Szalay-Bobrovniczky whether making fun of the holy crown constituted a violation of national symbols which could result in up to one year in prison. After the ambassador confirmed this, the humorists pulled out a plastic replica of the crown and were folling around with it.