According to GLOBS Magazine, the sport is the only thing that doesn’t divide the country based on political parties and convictions since it is the success of everyone. This is the concept of Prof Attila Borbély, the professor at the University of Debrecen, active sports organiser and athlete, owner of the Merit of the Hungarian Olympic Committee. He teaches and educates the sports economists of the next generation, thus preparing them to be able to appreciate the successes of the Hungarian sport and make use of the financial opportunities lying in the field. 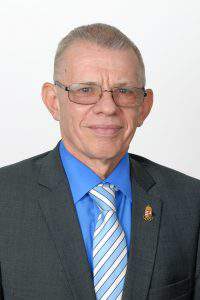 GLOBS: Sport is not only a way to spend our free time, it has become an industry as well, right?
Borbély: Of course, the sport has become a noteworthy industry. Money invested in sport is guaranteed to return. In both financial and prestige side. It pays back even more in marketing, since the products athletes wear and thus advertise result in higher sale numbers. The most income is generated by the six “spectacular” sports due to the television broadcasts. In the case of television broadcasts, it can be calculated right away how great of an income was generated by a match or competition. This is actually quite easy to calculate. However, all sports are determined by the results and its iconic or marketable representatives, who are not only known in the country, but preferably the whole world. There’s no professional sport without idols. Some sports stand out even in this category. Obviously, you can think of Katinka Hosszú, but we shouldn’t forget Tímea Babos and Márton Fucsovics either, who achieved great successes recently at the Australian Open. A marginal – at least in terms of Hungarian results – sport like tennis was followed by a lot of people in Hungary, out of whom many are not fans. But they watched it for themselves and the Hungarian success.

GLOBS: In an economic sense, what is the most important thing about the sport as an industry?
Borbély: Primarily, its economic effect, because there are quit a few. Until now, we only dealt with the scientific side of sport in the institutions of higher education. Eight higher education institutions have been offering this study programme for decades. But the economic side of sport wasn’t emphasised up till now. If anything was mentioned in connection with the topic, it was mostly about expenses, even though the income is just as important today. On a macroeconomic level, statistics show that expenses and incomes are almost in balance. Hungary spends around 0.9-1% of its budget on sport. But the same amount pays back. In fact, based on numbers, the sport sector is the greatest net payer of the budget. And this is nothing compared to Western Europe, where the numbers are twice as great as in Hungary. In those countries, twice as much money is spent on sport and marketing, but the payback and the touristic incomes connected to it are also higher.

GLOBS: In your opinion, based on these economic aspects, what did the 2017 FINA World Aquatics Championships mean to Hungary?
Borbély: This is very clear. Hungary is known to be a very good organiser and executer. I have been among the organisers and members of the organising committees of many similar world-class events of different sports. Our greatest advantage is that we offer an excellent return on invested money compared to Germany and the UK, still we organise world events on a very high level. The sport strategy accepted by the parliament clearly states the long-term goal: to become a sporting nation from being a sport nation. Based on the results, we are on the right path.

GLOBS: What do you think about the doubters?
Borbély: Currently, sport is a national issue. It enjoys highlighted support. Being a professional economist, I think that a nation can only profit from investing money in the development of physical education, body culture, recreation and related useful ways of spending free time. A debatable point is whether or not professional sport or second line education should be the top priority, because it is true that the latter pays back later and doesn’t result in spectacular success from one year to the next. Meanwhile, professional sport comes with immediate acknowledgement, result, thus quicker payback. In fact, it is the measure of success, due to which we can confidently state that Hungary is a sport superpower. In terms of professional sport and Olympic successes, we are among the top 10 countries of the world. Several researches have proved that considering the number of the population and the medals won, we are around the second-third place. This is an invaluable commercial value, or if you’d like: a national brand. This way, we can be featured in international press without commercial spending.

GLOBS: What can be said about the payback of the World Aquatics Championships?
Borbély: The Championships brought us new estates, touristic waves and of course, money, but the amount cannot be calculated yet. The touristic surplus have already manifested. The hotel capacities grew by 70-80%. Such developments were executed in Balatonfüred that would have only been done much later. Not to mention that the hype surrounding Hungary was unprecedented. This kind of advertisement couldn’t have been paid on market basis.

GLOBS: What do you think about the potential of organising an Olympic Games?
Borbély: This is a question of intent. It has to be asked again in good time. A healthy nation also depends on the sporting habits of the future generation. This can be facilitated by physical education in kindergarten and school, second line education and the overall popularisation of sport. The obligatory nature of sport can be debated just like the lack of infrastructure, but the desirable goal is to do some kind of sport activity every day. Sport has never received as much financial support as it does now. But the new establishments should be accessible for everybody.

GLOBS: Do sports investments return?
Borbély: I can only speak for the current situation, not for the long-run. The money invested roughly pays back. But the maintenance of establishments cannot be based exclusively on economic foundations. This must be financed – at least partly – by the state and municipalities.

GLOBS: Has the interest in the sports economist study programme increased?
Borbély: The study programme was initiated by me in Debrecen as part of the Sports Economy and Management Department, with the full support of the university’s directors, rector and chancellor. We have written 17 textbooks, which form the base of the sports economist master programme. We currently have 42 students, including the correspondence course as well, who were chosen from 80 applicants. I am very happy about this. Graduate students get an economist diploma. We also created a sport economic department in the Hungarian Economic Association, and I was chosen to be its president. We work with excellent professionals, we come up with the opportunities of the future, answer challenges and fill the sports section with further professionals.

GLOBS: How can students who take part in the programme take advantage of the acquired knowledge and skills?
Borbély: There are more than 3000 sports clubs in Hungary. Besides sports clubs, students with a sport economist master diploma also have competitive skills to work for municipalities, enterprises, recreational sports clubs and institutions dealing with disadvantaged and handicapped people.