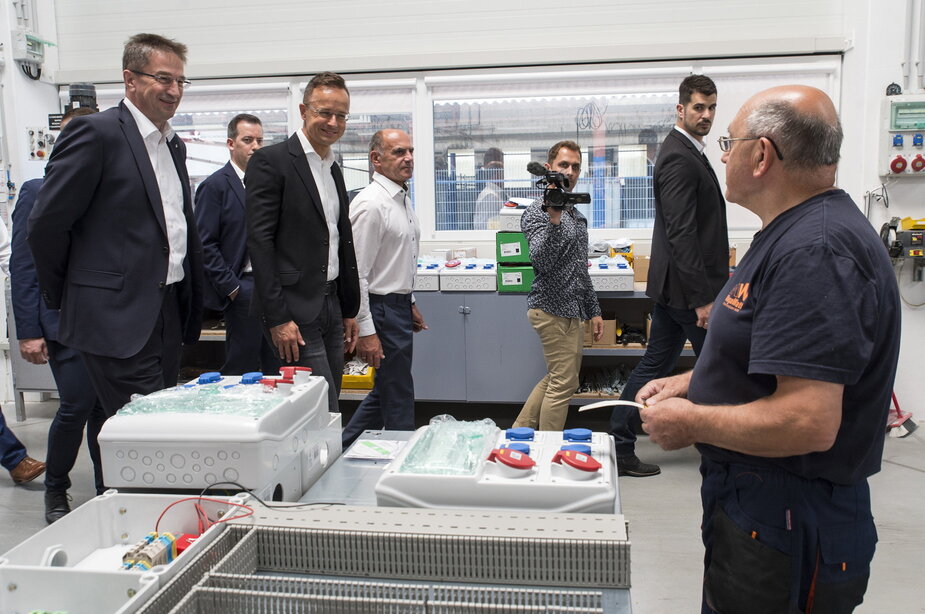 The operative board has approved infrastructure and logistics developments in Komárom, Göd, Dunakeszi and Nyíregyháza, the minister said. The city of Komárom in the north, where a South Korean company has built one of

will see a major upgrade of its transport infrastructure, including its railway line, he said.

The industrial park in eastern Hungary’s Nyíregyháza will also undergo a significant upgrade with a view to attracting more investors, Szijjártó said. Meanwhile, an industrial innovation development zone will be established outside the city of Göd, which is also home to one of the world’s largest vehicle battery plants, he added.

a modern railway transshipment centre will be built to serve the logistical needs of industrial areas north of Budapest,

he said. Under another measure, construction of Hungary’s

in the eastern part of the country will be speeded up so that it is ready to host a race by 2023, the minister said.

Also, the government will streamline the registration of patents, the recognition of higher education degrees obtained abroad and the

settlement of IT professionals in Hungary,

He said these measures were necessary for Hungary to hold its own in the ever more competitive global economic environment. The period following the pandemic will decide which countries will be the winners of the new era of the global economy, he added.