We must stand up against ‘Soros plan’, Orbán says 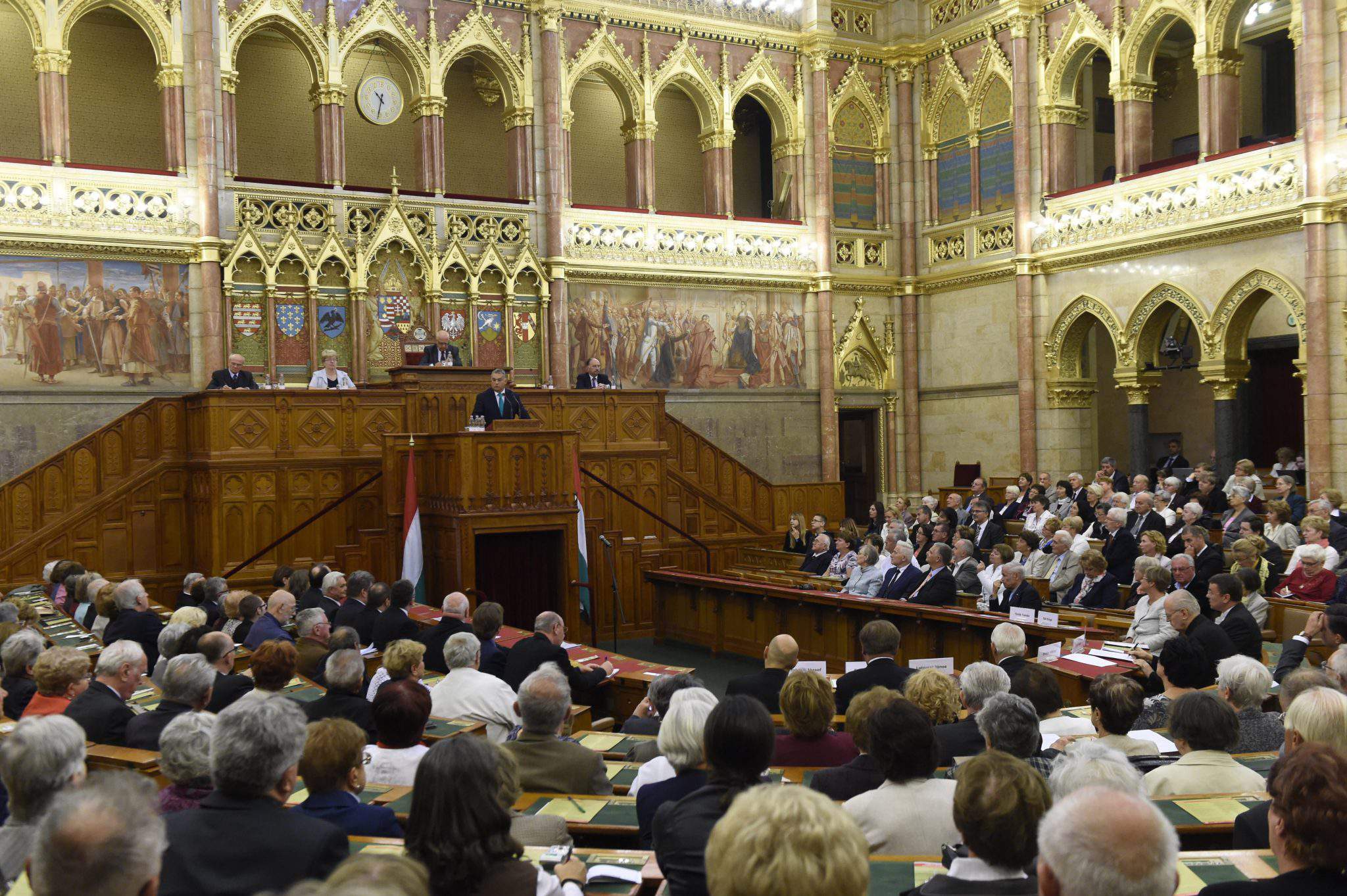 Addressing a Christian conference held in Parliament on Saturday, Prime Minister Viktor Orbán said: “We must stand up against the Soros plan, which aims to turn central European states into immigrant countries with mixed cultures and populations.”

Speaking at the 11th national congress of the Alliance of Christian Intellectuals, Orbán said “it would simply be intellectual suicide” for central Europeans to take over western European liberalism. Hungary would become an “immigrant country with a mixed culture within the foreseeable future,” he said.

Hungary would also be home to terrorism and there would be no border protection, he said. And instead of family support policies, there would be “population imports” designed to offset demographic decline, he added.

“Today there is a plan to turn non-immigrant central European countries into immigrant countries,” Orbán said.

“This is an action plan commonly called the Soros plan”, the prime minister said, referring to US financier George Soros and his alleged plan to import migrants into Europe.

“We must not allow this to happen and must hold on until the next election; the government is ready to defend the future of Christian Hungary,” Viktor Orbán said. “Everyone, in Brussels too, must acknowledge that we will not become an immigrant country”, he said.

Today, the internal tension between “immigrant countries” and “non-immigrant countries” is still a taboo subject in European politics, Orbán said. European leaders face an historic challenge to establish coexistence between these two different groups of countries, he said. “Should they fail, this tension could cause a stronger rupture, or even a fatal rupture in the political history of the European continent”, he said.

Hungary believes that “immigrant countries” are taking a wrong turn in foreign policy. They have lost control of their borders and exposed themselves to a modern-day mass migration, Orbán said.

in western countries the human rights of illegal immigrants enjoyed preference over the will of European citizens, who do not want to accept all illegal migrants.

He said “immigrant countries” constitute the biggest threat to European values. Migrants coming to Europe endanger the freedom of religion, women’s equality as well as the fight against anti-Semitism.

Orbán said the government wants “a Hungarian Hungary and a European Europe”, which is only possible “if we also accept that we want a Christian Hungary in a Christian Europe”.

Speaking of Christian parties, the prime minister said the task of Christian politics was not to defend Christianity but to protect the forms of human existence that have sprung from it such as human dignity, family, the nation and the churches. He said this is what allows the Christian Democratic parties to gain more votes than the number of believers in society.

It is a thousand-year-old law that Hungary cannot survive without human dignity, healthy families, a strong national bond and solid religious ties

The heritage of Christian Europe is something that must be husbanded, Cardinal Péter Erdő, head of the Hungarian Catholic Church told the conference. This heritage can be handled “as ignorant offspring handle the valuable bequest of their grandparents,” he said. But it can also be valued and “reinvigorated and placed in the centre of our lives in a new light.”

János Latorcai, the deputy speaker of parliament, said Hungary had again become a country on the frontline. “The issue of the decades that stand before us is whether we fall and sink amid the waves of modern-day mass migration or whether we’re able to build defensive bastions that withstand the flood,” he said.