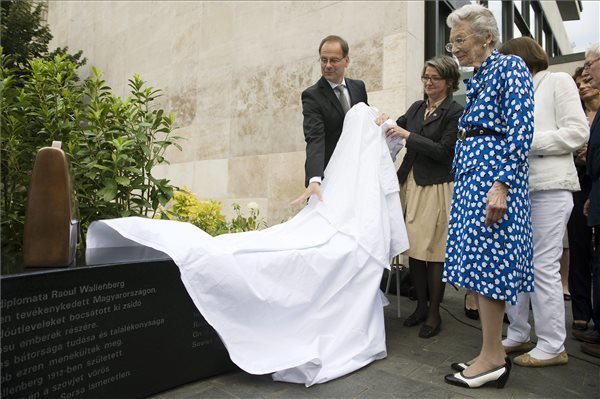 Budapest, June 17 (MTI) – Swedish diplomat Raoul Wallenberg and other heroes that saved people embarked on bringing hope to Hungarians in a hopeless situation, Hungarian minister for foreign affairs said in Budapest at the inauguration of a Wallenberg memorial on Tuesday.

These people saved Jews and others putting their own life at risk and often sacrificing it; the memorial is a sign that the Holocaust must never happen again in history, he added.

Karin Olofsdotter, the Swedish ambassador in Budapest, said that Wallenberg had arrived in Hungary as a Swedish diplomat with the sole task to save as many Jewish people as possible.

The memorial, set up in the city’s centrally located Erzsebet square, was made by Hungarian-born Swedish sculptor Gustav Kraitz and bears the title Do not forget!. She added that the location had been picked because many young people pass through the square.