Hungarian police will again help in protecting the borders of Europe this year and will assist with border protection tasks in the Western Balkans, the police said on its website on Tuesday.

A total of 10 Hungarian police will set off to Serbia and 30 to North Macedonia, head of the police’s border protection department Gergely Czukor told a farewell ceremony.

Their main task will be patrolling the border to prevent illegal entries and they will also be involved in apprehending human smugglers and illegal migrants.

In addition to being in service directly along the border they will also work along roads within the country.

The contingents will be equipped with vehicles, night vision equipment and mobile heat cameras.

As we wrote on Tuesday, Hungarian police followed and stopped a car transporting illegal migrants near Bratislava (Pozsony), details HERE. 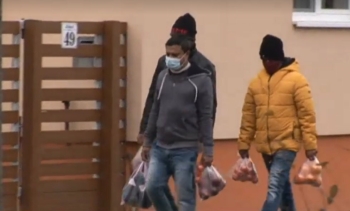