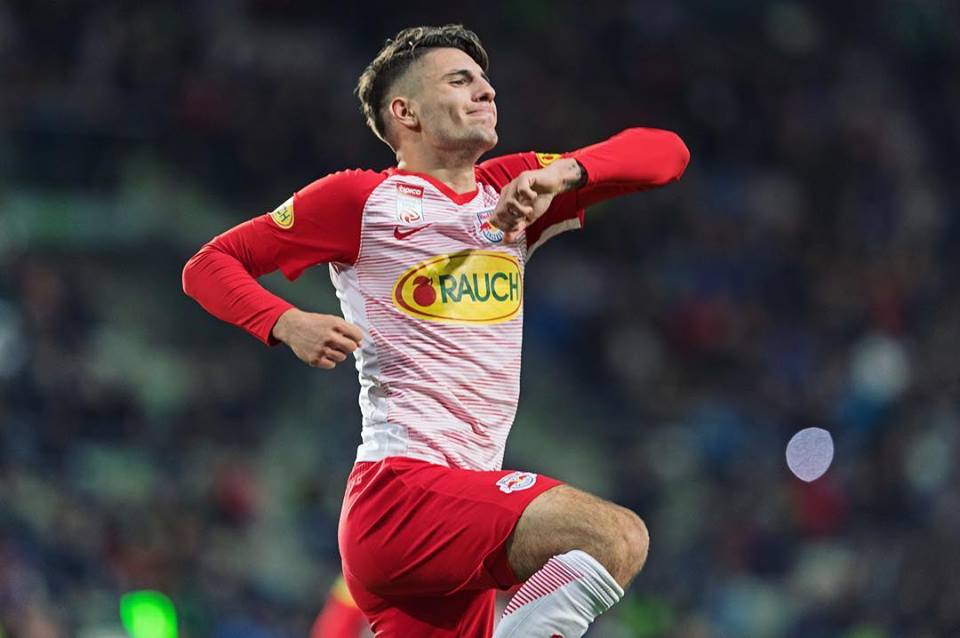 Goal.com, the world’s biggest football magazine, published its well-known ‘NextGen’ top50 collecting the soccer wonderkids of the world on Wednesday. This year Dominik Szoboszlai, the biggest promise of present-day Hungarian football, is also on the list in an eminent position.

According to goal.com, after signing professional terms with Red Bull Salzburg last year, the 18-year-old Hungarian central midfielder became the first player born in 2000 to be added to the club’s senior squad. Since then, Dominik Szoboszlai – who is regarded as the most significant talent to come out of Hungary in decades and already capped by his country at Under-21 level – has made his debut and already netted three times, twice in the OFB-Cup and once in the Bundesliga.

Below you can watch his goals, skills and assists:

Hatharom.com says that the young soccer player debuted in the Europa League against the Napoli with a beautiful assist. Shortly after that, he kicked his first goal in the Austrian Bundesliga. Therefore, it is not surprising that Marco Rossi, the manager of the Hungarian national team, invited him to the team and expects him to do great things against Slovakia today.

In fact, goal.com gave him the 21st position on its top 50 list. Transfermarkt estimates

the market price of the Hungarian football player 2 million EUR.

Interestingly, Szoboszlai was worth “only” 1 million EUR last year. However, lately, it is said that European top clubs would pay even much more for him. Anyway, Salzburg prolonged Szoboszlai’s contract until 2022. In the first four places of the list, there are football stars like 4. Phil Foden (Manchester City), 3. Callum Huddson – Odoi (Chelsea), 3. Vinícius Jr. (Real Madrid) and 1. Jadon Sancho (Dortmund).