A female North Chinese leopard has arrived at the Debrecen Zoo, where the animal was acquainted with her new mate for the first time on Thursday, travelo.hu writes.

The North Chinese leopard is on the verge of extinction due to habitat loss, illegal trade, and poaching – said Gergely Sándor Nagy, manager of Nagyerdei Kultúrpark Nonprofit Ltd. In its natural habitat, the number of leopards is under 500, while in Europe, there are only 39 animals.

The Debrecen Zoo has been contributing to the survival of the species for many years as part of the European Endangered Species Programme. In the last 13 years, four leopard cubs were born in the city’s zoo, Nagy added.

A white lion cub was born in Nyíregyháza – VIDEO

The 4-year-old female called Májuska arrived from the Berlin Zoo at the end of August, and she was introduced to her mate, Szépfiú (‘pretty boy’) this week.

The meeting was not particularly spectacular, as both animals shied away from the cameras, and they kept to the back of the enclosure. Nevertheless, Gergely Sándor Nagy hopes that the meeting will go smoothly, and the two animals accept each other. 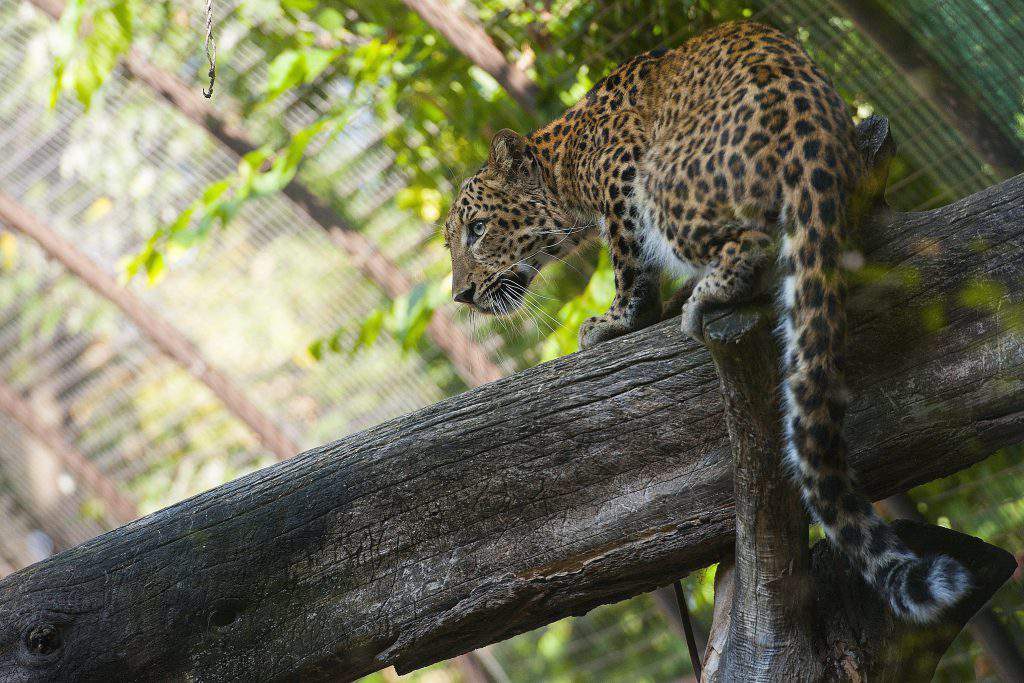 “This is a slow process, since, in their natural habitat, leopards are lonely creatures, and they only seek out company in the mating season. Szépfiú’s previous mate got used to the environment quickly, we hope that Májuska will be equally keen on a relationship,” the manager said, then added: if the leopards are willing to live together, they could contribute to the saving of the North-Chinese leopards as the only breeding pair in Hungary.