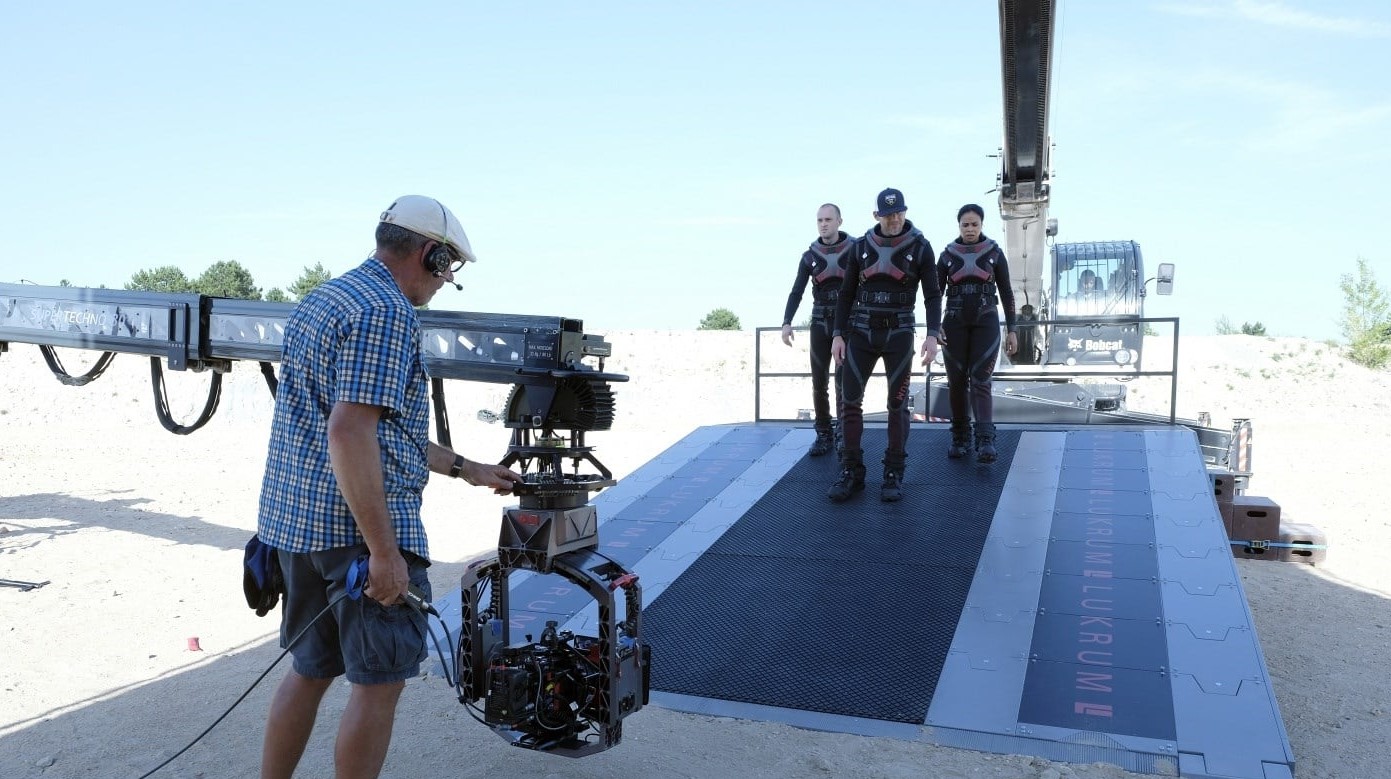 Just like almost all countries in the world, Hungary also faced serious restrictive measures due to the outbreak of the COVID-19 pandemic. Following the lockdown in the middle of March 2020, however, the Hungarian film studios were able to quickly get back to production in early summer by rapidly solving the challenges of precautionary measures and obtaining exempts for movie casts and crews so that the production of grand international titles could continue.

According to Hollywood Reporter, Csaba Káel, the Government Commissioner for the Development of the Hungarian Motion Picture Industry, said that, although many international productions were halted or deserted, by early summer, almost all the productions that were in progress could be continued. He also added that they finished a total of 20 productions last year.

Although the most important recordings of Denis Villeneuve’s sci-fi epic Dune were finished back in July 2019, they were able to revisit the Origo Studios in Budapest last summer in order to shoot some additional footage for the upcoming movie. Other productions that were able to continue their work include Amazon Prime’s drama, Birds of Paradise, which finished shooting in Hungary in August, Netflix’s Terra Vision about the story behind Google Earth, the set of which was built in the NFI Mafilm Studio complex in Fót, near Budapest. Nicolas Cage’s new movie, The Unbearable Weight of Massive Talent, is also being shot in Hungary.

Korda Studios, one of the most successful movie studios in Hungary, provided the location for Showtime’s new live-action series inspired by the popular Halo video games, but not just the big blockbuster productions were welcome. Smaller independent features were also able to continue or finish their work safely, observing measures intended to mitigate the spreading of the coronavirus.

The reason why Hungary’s movie industry was able to get up so quickly after getting hit by a freight train has several factors to it. Firstly, Hungary and the film studios around the country acted fast and rapidly introduced the necessary protective measures to be able to safely continue their work.

Hungary was among the first to introduce regular mandatory testing, tiered systems isolating groups of crew members in order to limit the viral spread, and other similar protocols, which soon became the standard across the global film industry.

Also, as film production makes up about 0.15% of the total Hungarian GDP, the government steadily helped Hungarian studios where it could, so when the European Union introduced a ban on non-EU citizens entering Europe, the Hungarian government passed exempts for Hollywood crews and casts.

Mihály Tóth of the Origo Film Group said that the Hungarian Origo Studios was the first in Europe – or possibly even the world – which introduced an effective antiviral protocol despite huge investment costs. According to Hollywood Reporter’s information, “the studio had installed its very own private COVID testing laboratory and contracted with a private local hospital to exclusively treat infected crew members”.

“It is remarkable, really, given all of the challenges that we have faced since this crisis began, that we have managed to keep going,” says Adam Goodman, head of MidAtlantic Films, Hungary’s leading production service provider. He also mentioned titles like Borderlands, a new season of Jack Ryan, and a secret new Marvel production. He also added that they are booked until summer 2021, and he is hopeful that this summer will be the last one affected by the COVID-19 measures. As Goodman said, “While the lockdowns and the restrictions continued all over the world, Hungary recognised the importance of the film industry, and is still recognising that.”

Hungary seems to be Europe’s second-most popular destination for filmmaking. While in 2018, HUF 110 billion (over €326 million) was spent on film production in Hungary, this number has grown significantly by 2019, to a whopping HUF 164.4 billion (€450.4 million). This means a 50% increase in a single year, and the majority of such an enormous investment (around 94%) comes from international productions utilising the favourable rebates.

Hungary has become such a popular destination for filmmaking partly because of the top-end studios, partly because of cheaper labour with comparable skill and professionalism, but the main reason for many is the government’s 30% tax rebate on a film or TV show’s local spending. Additionally, foreign productions can apply for up to 25% rebates on certain non-Hungarian costs, making it a

maximum of 37.5% rebate of the total budget of the production, and that is something not worth giving up.

The Hungarian National Film Institute, despite the coronavirus and the more moderate earnings due to it, actually invested in four new 2,400 m2 sound stages for the state-owned Mafilm Studio. The four new expansions will be ready by 2022 and could even be used as two separate 4,800 m2 stages if needed. Once the new additions are ready, it will majorly increase the studio’s productivity, providing it with a total studio capacity of 12,200 m2. The Hungarian National Film Fund is also trying to encourage co-productions to help local talents giving the necessary push in order to prevail. 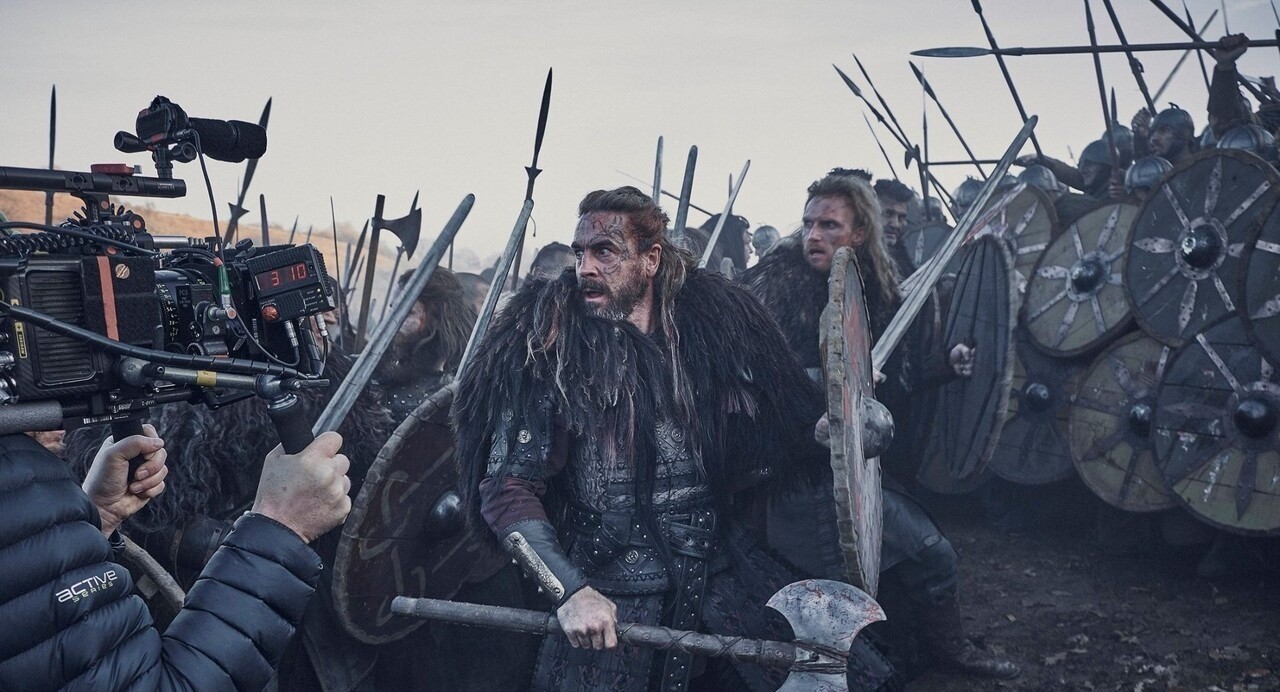