Number of flights to double between Budapest and Seoul from November!

Budapest Foreign Affairs Ministry of Hungary Hungary South Korea tourism travel visit
South Korean President Moon Jae-in is visiting Hungary in November and the two countries are scheduled to sign an agreement on raising relations to a strategic level, Foreign Minister Péter Szijjártó said in Paris on Wednesday. The official visit will be the first by a Korean head of state in the last 20 years.
After talks with South Korean counterpart Chung Eui-yong, Szijjártó said that agreements on health care, culture and diplomatic training are also expected to be signed during the presidential visit. Hungary will be among the first five countries South Korea is signing strategic agreements with, he added.

South Korean companies form the fourth largest investor community in Hungary, while the most significant greenfield investment ever made in Hungary has been made by one among them, he said. “It is mostly thanks to investments by South Korean companies that Hungary has become one of the European hubs for the car industry’s revolutionary renewal,” he added. As a result, Hungary is currently in

fifth place among exporters of batteries for electric vehicles,

Szijjártó also met minister of trade Yeo Han-koo. The government is currently in talks with 14 South Korean companies regarding further Hungarian investments, he said, adding that the state has provided support for investments by 31 South Korean companies in the past six years.
Wizz Air announces expansion of Budapest network with exotic destinations
Even last year, which was considered a “black year”, the volume of bilateral trade grew by 28 percent, and it is expected to be 26 percent up this year.

Air transport between the two countries has been restored and the number of services between Budapest and Seoul will increase from one to two each week from November.

“The way Hungarian-Korean relations developed in recent years is one of the most obvious proofs of the success of our strategy of opening to the East,” he said. 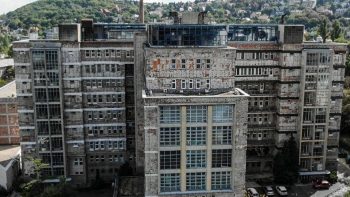