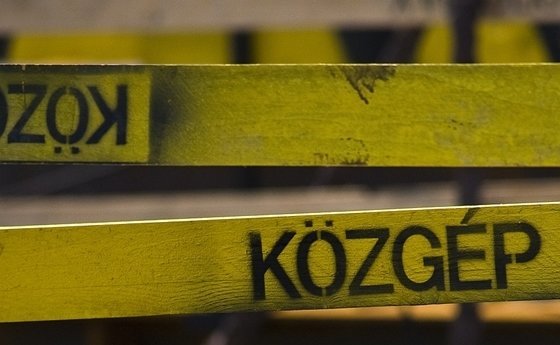 Budapest, April 4 (MTI) – The left-of-centre Unity opposition alliance has said it will submit a report to police in connection with a recording in which ruling Fidesz party politicians allegedly discuss the involvement of construction firm Kozgep in the election campaign.

The sound recording was released by news portal nyugat.hu.

Socialist lawmaker Gabor Harangozo told a press conference in Budapest on Friday that the recording reveals that Fidesz is not a party anymore but a “public maffia network financed by Kozgep”.

Harangozo, a candidate of the left-wing alliance in Siofok in western Hungary, said the recording includes Siofok Mayor Arpad Balazs and Fidesz-Christian Democrat candidate Mihaly Witzmann discussing how Kozgep would win a tender from the local council in exchange for supporting the ruling party’s campaign, “as it has done in the past”.

This shows that Balazs and Witzmann had confidential information about the public procurement tender results and also knew that another construction firm, Epkar Zrt, linked to Fidesz MEP Erik Banki, was not interested in completing the Siofok hospital construction project, he added.

Harangozo said Balazs had already admitted that he was one of the participants in the recorded conversation and the other person was Witzmann.

Harangozo said Witzmann’s candidacy is advertised on 48 large billboards in Siofok alone. He called on the Fidesz candidate to reveal how they had been able to afford this using a campaign allocation of 5 million forints.

Gergely Karacsony of PM, another member of the five-party opposition alliance, said it had always been known that Kozgep was financing the Fidesz campaign, but now there was solid proof.

Weeks before the election, Fidesz had already spent more on the campaign than legally permitted, and every “giant billboard, bus ads and advertising columns in the Metropol newspaper” linked to firms associated with Lajos Simicska (Kozgep’s chief) are “proof that Fidesz is financing its campaign from corruption money,” he said.

LMP co-leader Andras Schiffer said his party was also planning to submit a report to police concerning the recording.

Radical nationalist party Jobbik said on Friday that it had already submitted a report.

The municipality of Siofok insisted that the recording had been doctored and it would take legal action.

Witzmann denied that Kozgep had given him any financial backing, and he, too, said he would take legal action.