The government’s investment support programme for large companies will continue in 2022 with a 25 billion forint (EUR 67.6m) support allocated for the scheme, Finance Minister Mihály Varga said on Thursday.

Last year, the scheme contributed greatly to relaunching the Hungarian economy after the coronavirus pandemic, Varga said on Facebook. The government ploughed 50 billion forints into supporting the investments of 63 companies, worth a total of 130 billion forints, he said.

Varga said. Those investments created close to 4,000 jobs, he added.

The scheme targets companies ineligible for European Union funding because of their size.

“Our aim is to have an increasing number of companies, which are also competitive in foreign markets, strengthen the Hungarian economy,” Varga said. 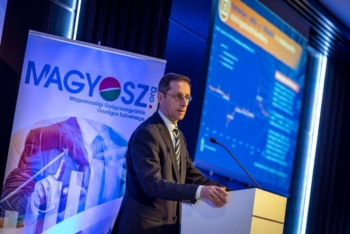 Read alsoFinance Min: Hungary has one of the highest investment rates in the EU