Prime Minister Viktor Orbán told public radio on Friday that illegal migration was expected to ramp up significantly at Hungary’s southern border over the next few months.

At the same time, the Italian-Spanish, Eastern and Balkan routes were all seeing a massive increase in migration, he said, noting that 30,000-35,000 people were leaving Afghanistan each day, most likely in Hungary’s direction, intending to traverse the country.

UN expert: Freedom of expression and media freedom under threat in Hungary

PM Orbán: “we can have a big family Christmas this year”

He said the European Union’s rules on migration had been written in peacetime and were now obsolete. “Today there’s no peacetime,” he added.

The new Berlin government sees Germany “as an immigrant country”, and Hungary is not in favour of turning into one, he said, adding that the two standpoints were “incompatible”, and neither side would abandon its position. 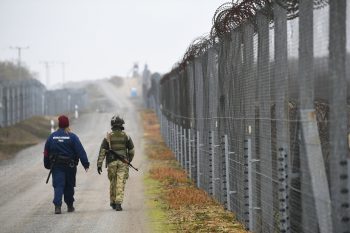