Did you know? Oscar 2019 winner Elizabeth Chai Vasarhelyi is of Hungarian origins 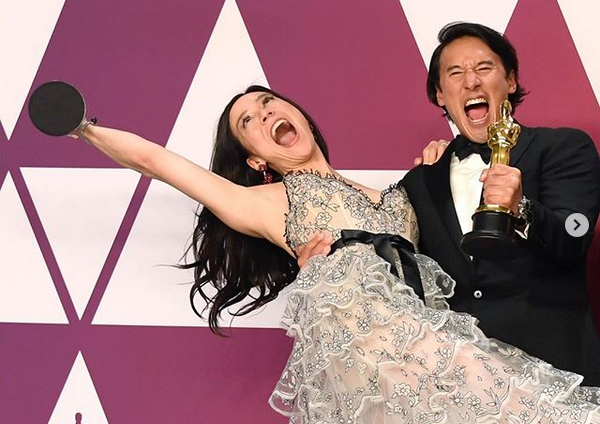 Elizabeth Chai Vasarhelyi and her husband, Jimmy Chin, won the Oscar for best documentary film, “Free Solo”. In fact, Elizabeth’s father, professor Miklos A. Vasarhelyi, is Hungarian while her mother, Marina Vasarhelyi, is Chinese from Hongkong.

The award-winning documentary profiles Alex Honnold and his free solo climb of El Capitan in June 2017. A free solo climb means that the climber performs alone and without using any ropes, harnesses or other protective equipment, and relies entirely on his or her abilities instead.

Though Elizabeth’s father is Hungarian,

she grew up in New York,

graduated from The Brearley School, and she holds a Bachelor’s degree in Comparative Literature from Princeton University. Before she started her own filmography, she worked as an assistant to director Mike Nichols on the Golden Globe-winning film “Closer”.

Her first film, “A Normal Life”, won Best Documentary at the Tribeca Film Festival in 2003. Later, she won numerous awards with her films, for example, in 2013, she finished a documentary about the annual Grand Magaal pilgrimage of one million Sufi Muslims to the holy Senegalese city of Touba. She directed the highest grossing independent documentary film of 2015, “Meru”, about conquering the 6,660-metre-high Meru Peak in the Himalayas.

About “Free Solo”, she and her spouse, Jimmy Chin, said that they were haunted by the possibility that

their presence might put rock climber Alex Honnold in more danger every time they turned on the cameras.

Here is how they reacted to winning the Oscar:

And you can watch the trailer of the movie here:

In fact, Hungarian movies are becoming more and more popular even in the United States. As we reported before, the country’s film industry could celebrate Academy Awards not only in 2016 but also in 2017.

won the Academy Award for Best Foreign Language Film. Nemes’s first feature film showed the Nazi death camps from the perspective of a Sonderkommando member, a Jewish prisoner forced to work in the gas chambers and crematoria. In the film, Saul Auslander goes to great lengths to give a dead boy, whom he calls his son, a proper burial.

won the award for Best Live Short at the Oscars. Surprisingly, a Hungarian film has not been nominated in this category before. The 25-minute-long movie follows the story of a girl who moves to a new elementary school and becomes a member of the award-winning school choir. Interestingly, only one other Hungarian director got an Oscar before, István Szabó, for his famous “Mephisto” in 1982.

HERE we collected 10+1 Hungarian Oscar winners you may not have heard of.