Budapest diplomacy Hungary migration Viktor Orbán
Prime Minister Viktor Orbán is meeting President Abdel Fattah el-Sisi of Egypt on Wednesday in Budapest. They will discuss the fight against illegal migration, the prime minister’s press chief said.
Besides the migration crisis, they will also discuss opportunities to strengthen bilateral ties, Bertalan Havasi added. Orbán and el-Sisi on Tuesday attended a summit between Visegrád Group and Egyptian leaders. There Orbán said the migration crisis was surpassing that of 2015. The European Union needs external allies to handle the situation, with Egypt being “one of the most obvious”, Orbán said at the summit.
Source: MTI 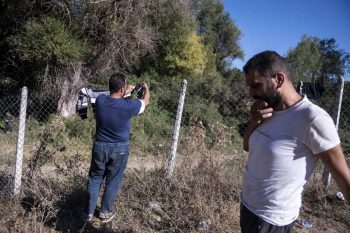