Parliament on Wednesday voted to extend the period employers may account overtime for the purpose of calculating wages and rest days from twelve months to three years, and to raise the upper threshold for annual overtime from 250 to 400 hours.

The legislation on the measures was passed with a vote of 130 for, 52 against and 1 abstention.

Unions had protested the planned changes to the labour code, but the government argued the changes would serve the interests of workers for whom choosing to work extra hours would be voluntary.

Opposition MPs started singing the Hungarian anthem during the vote, followed by booing while holding their MP cards in the air. They then left the chamber.

Prime Minister Viktor Orbán said earlier the legislation aims to support mainly employees of SMEs who wish to work more but can’t, at present, because of “silly bureaucratic hurdles”. 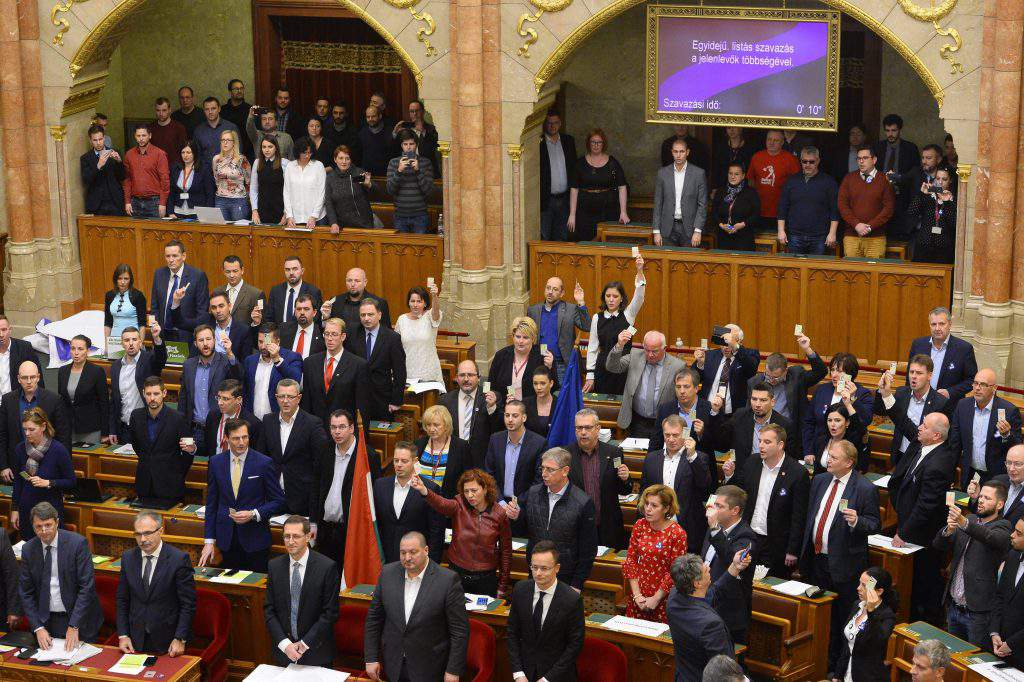 Hungary is in the midst of a labour shortage which is severe in some sectors.

The prime minister praised the bill as “an important and good legislation.”

“I pay attention to everyone, especially the trade unions, I observe their opinions, respect the freedom of opinion and take all the arguments raised into consideration. In this case, I believe the arguments raised weighed less than the bill. This is a good law that will work to the benefit of employees,” Orbán told the press.

Asked whether the opposition’s protest in parliament trying to block the vote fit within a democratic framework, he said “let’s leave that to historians”. Commenting on an opposition MP who stood in front of him and whistled in his face, Orbán said “in Fidesz we believe it [being subject to such acts] goes with the service of the nation.”

Parties of the opposition consider parliament’s votes on Wednesday invalid, including one on a contested labour amendment dubbed by opponents as “slave law”, and reject their results.

Socialist leader Bertalan Tóth said that Wednesday’s session was “scandalous and illegitimate” and argued that the MPs could vote without their IDs therefore it is “impossible to identify the deputies casting a vote”, which he said was “against all rules”. 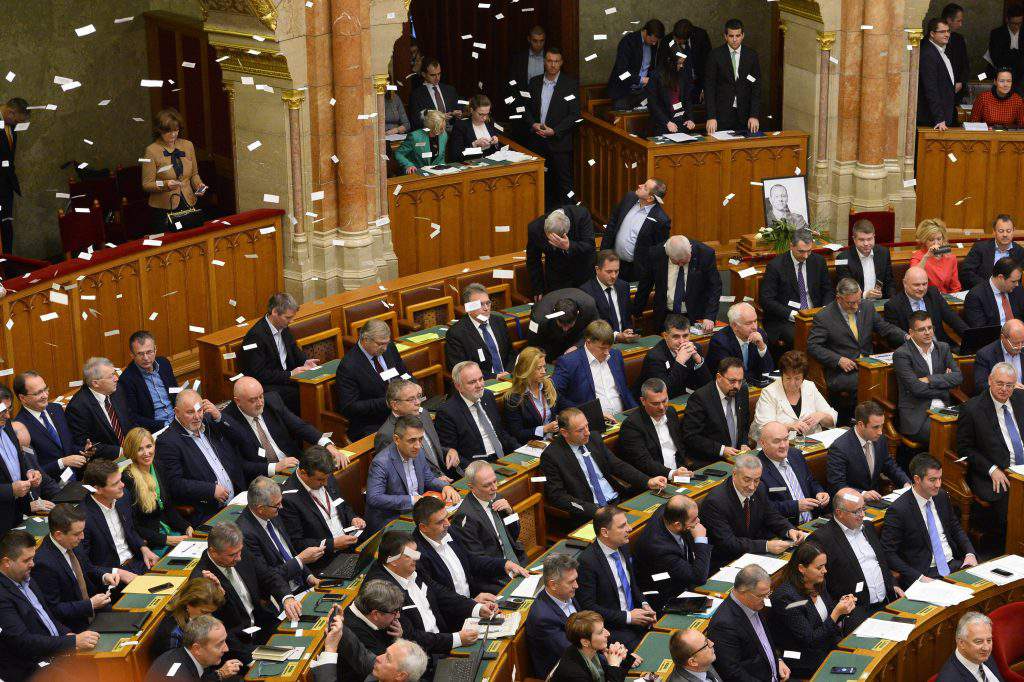 Conservative Jobbik group leader Márton Gyöngyösi said that the session was “unprecedented” in that the house speaker was chairing the session from his own seat rather from the dais, after opposition lawmakers blocked his way to the dais in a bid to disrupt the vote on the labour amendment.

LMP co-leader László Loránt Keresztes called it “symbolic” that the opposition parties cooperated concerning the labour bill, and voiced his party’s readiness to support the unions “or anyone brave enough to counter this traitor government”.

Following the vote, Jobbik leaders and some 100 supporters of the party went to the presidential Sandor Palace and handed over a petition asking Áder not to sign the legislation but send it to the Constitutional Court or back to parliament. Speaking in front of the presidential offices, Gyöngyösi insisted that “most Hungarians including many voters of (ruling) Fidesz” are against the new law.

Fidesz group leader Máté Kocsis slammed “Jobbik’s hooligans and Liberal anarchists” for their “aggressive attitude” and insisted that the developments “cannot be left without consequences”.

The co-ruling Christian Democrats (KDNP) said in a statement that Wednesday’s session had been “shameful” and insisted that “a politically weak opposition tried to prevent parliament’s work through physical force”. The opposition “does not believe in political debate or culture… but in aggressive behaviour and anarchy,” they added.

Supporters of the opposition parties gathered in front of Parliament on Wednesday afternoon to protest against changes to the labour code adopted earlier in the day, PHOTOS, VIDEOS HERE.