According to szeretlekmagyarorszag.hu, the two kayakers who rowed across the Atlantic finished their journey. Facebook users greeted Levente Kovács and Norbert Szabó – members of the FarFarAway project – this way:

“They dreamed, planned and carried out their goal! They rowed across the Atlantic Ocean with amazing perseverance and vitality in 64 days! Fantastic performance! You guys are great! Huge congratulations! We are very proud of you!”

The two men arrived and landed on the island of Antigua at night.

They set themselves the goal that they row across the Atlantic Ocean with a special kayak.

The duo departed from Spain, took 6500 km without stopping or without any external support, and finally arrived in America.

They became the first who took such a long journey with a double kayak without stopping. The guys reported their trip constantly on Facebook, so anybody could be part of their adventure, szeretlekmagyaorszag.hu told.

Levente and Norbert tried to complete the journey earlier in 2013 as well, but they were not successful that time. This trip started from the Canary Islands on November 27, 2015 and finished on January 29, 2016.

According to szeretlekmagyarorszag.hu, during their exciting quest they even saw sharks and flying fishes, but fortunately did not get injured. 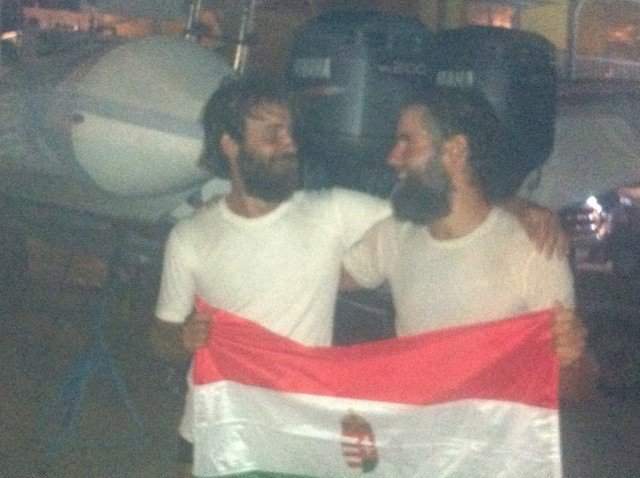