Do you live in Budapest, but wish to get out to the nature? Origo.hu collected a few great excursion places around the capital city which don’t even require a car, since the starting points of the trails can be approached by public transport. 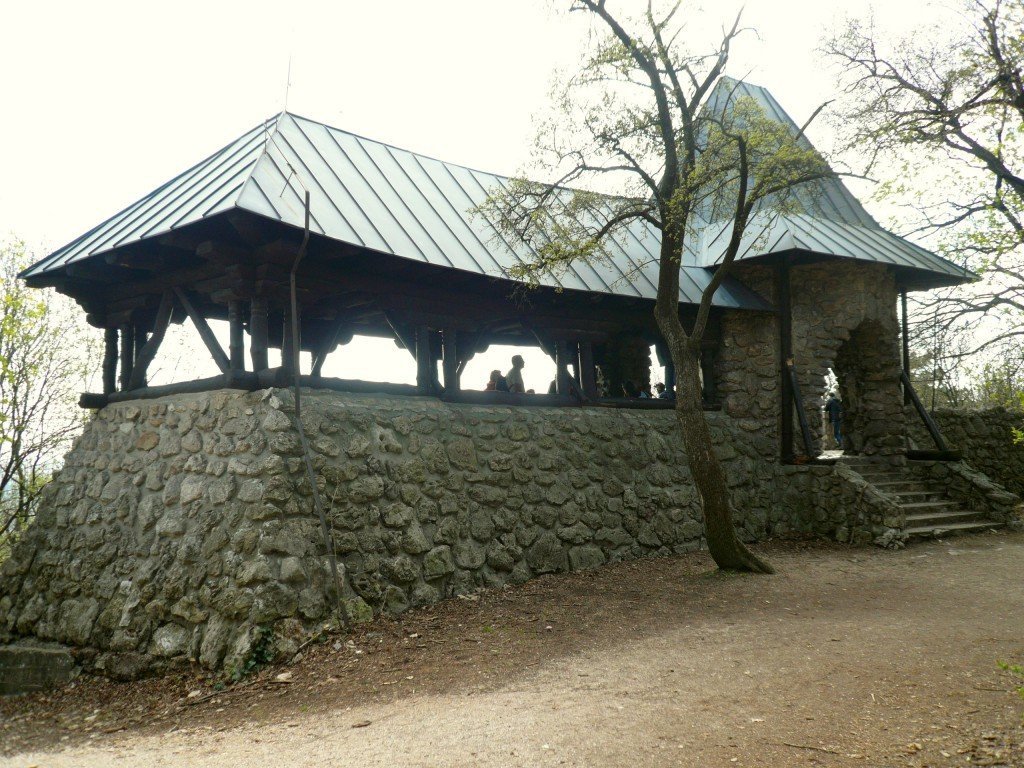 Bus 65 departs from Kolosy tér to Fenyőgyöngye, which is the terminus. From there you have to get going on the very wide blue signal to South, and simply follow the signal. The lookout can be reached in half or three quarters of an hour walking in a comfortable pace. Árpád lookout provides a beautiful view to Budapest; when the weather is nice even the Danube and every sights around it are clearly seen. Brilliant photos can be made of the bridges from there. It’s an easy trip, achievable even with children or with a baby carriage.

Take the 59 tram until Farkasréti temető. From the terminus starts the green triangle signal. The road is asphalted at first, then it becomes more and more rocky and steep. Besides physical challenge, the biggest advantage of the trip is that the terminus of the small railway in Széchenyi mountain can be reached by a one hour walk, from where the hiker can choose from several possibilities:
1. Take the small railway.
2. Walk to the cogwheel railway just 50 meters away, and go back to the city.
3. Walk towards Normafa/KFKI and continue the trip.
This trip is a sporty, intensive alternative from the XII. district up to the mountains. It provides a beautiful panorama to the Svábhegy (Swabian mountain), the Sas-hegy (Eagle mountain) and the Tétényi-fennsík (Tétény plateau). Inside the peak there are caves, probably established during World War II which is not in use any more, its entrances are closed down, and is officially off-limits. 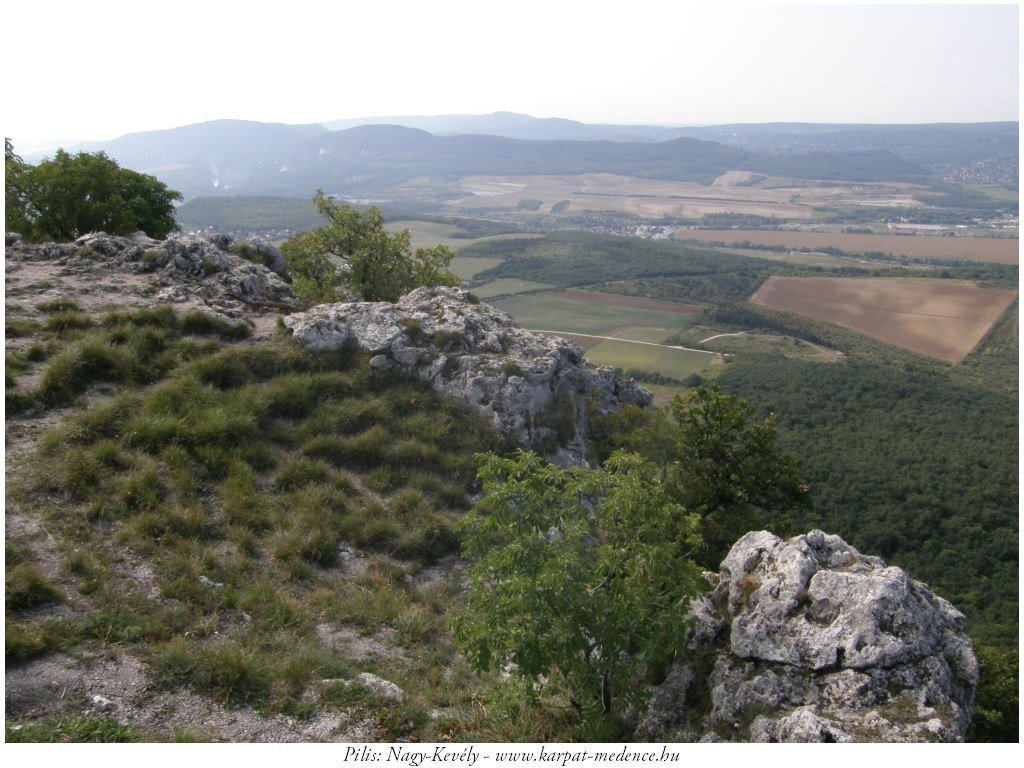 Starting from Árpád bridge bus station it takes exactly half an hour to get to Pilisborosjenő, from where a specifically spectacular round tour can be taken. To begin, it’s suggested to follow the blue signal bicycle path, because it starts just from the bus station, moreover it passes by the replica of the Eger fortress, which was built for the shooting of the film Egri csillagok (note: Stars of Eger, a Hungarian historical movie about a memorable battle waged between the Turks and the Hungarians in the 16th century). Turn right to the blue signal by the old quarry, then it’s recommended to turn to the yellow signal to have a look at the Mackó-barlang (Bear cave). Archeologists discovered many animals’ (reindeer, horses, cave bears, woolly rhinos, aurochs, hyenas) remains and archaeological finds there, which prove that cavemen lived there before. From the Kevély-nyereg (Disdainful saddle) the red signal take the hikers up to the top, from where a beautiful sight is seen to the Southwest and the Northeast. Heading downwards, the red square path leads back to the village. The route is variable, significantly longer versions are possible. For instance, the Kevély-tető (Disdainful peak) provides a breathtaking panorama. 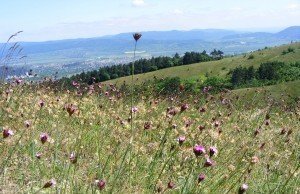 Taking the 63 bus departing from Hűvösvölgy, it takes one quarter of an hour to get to Nagykovácsi, where it’s worthy to get off the bus by Községháza bus stop. Again in this area there are lots of possible routes to take. Maybe the best one is to walk out of the village on the red signal path Northwards, and turn Westwards on the blue signal in the side of the Nagy-Szénás. This path will take hikers up to the 525 meters tall rather bare peak, from where the panorama is great, but the wind is always blowing. Following the blue path a half-round can be taken bypassing the mountain clockwise. The route continues turning to the blue cross, then the red, and the blue again, but now heading Eastwards. Finally, the green path leads back to the starting point. 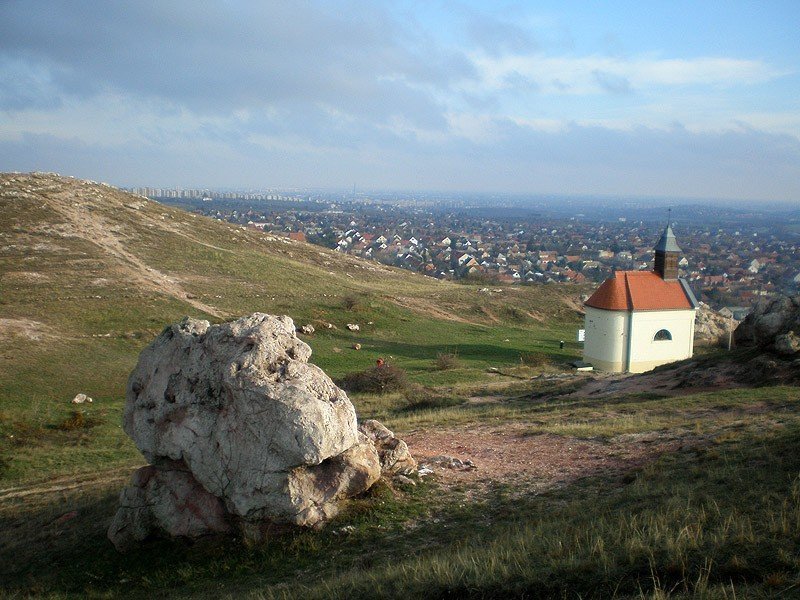 Bus 40 takes us from Móricz Zsigmond körtér to Budaörs városháza in 25 minutes, from where following the red cross path hikers can climb up to the farkashegyi (Wolf mountain) sailplane memorial. Walking around the rocks we can admire the outlook Southwards, then the same path will lead to the so called “piktortégla” cavities (note: “painter brick”, piktortégla is a paint excipient made from clay minerals). When the road crosses the red square path we have two possibilities: heading Northwards to get to Csillebérc, or Eastwards to Frank-hegy – the homelike hut there is a good place to have dinner. From there we can go on to the red square which takes us to Irhás árok, or – if we had enough of trees – to the red cross which passes through between houses, but later leads to the Rupp-hegy. From there, bus 8 goes back to the city center. (This route can be started from KFKI also, from the terminus of bus 21.) 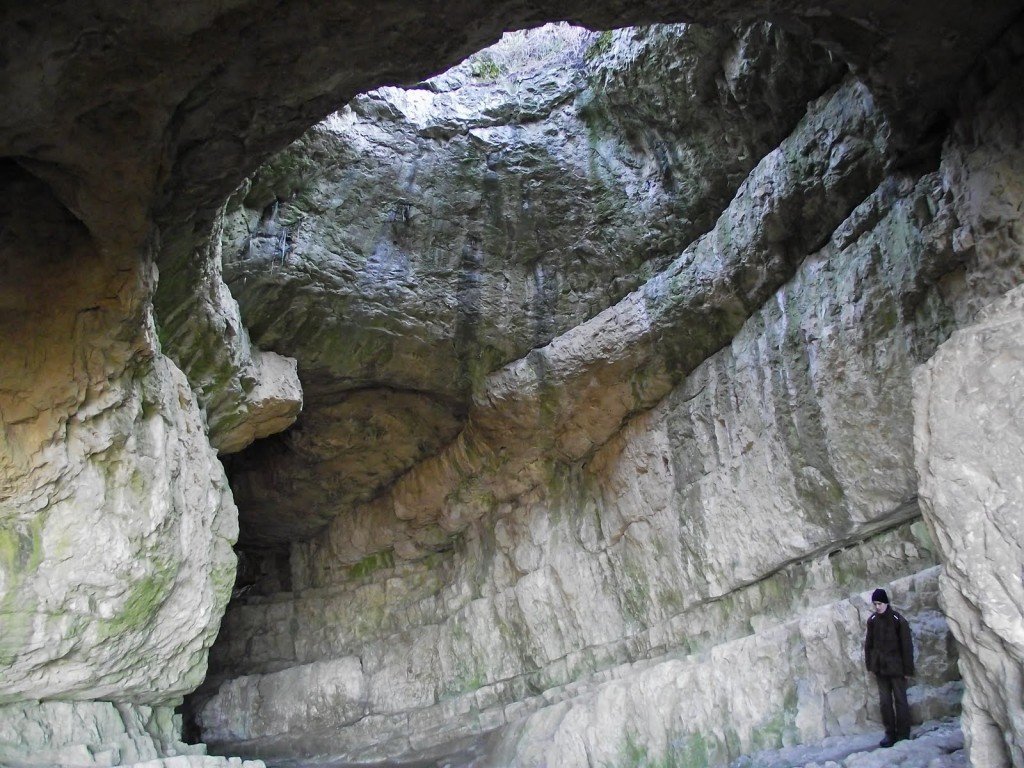 Reaching Tatabánya takes half an hour from Kelenföld by train. Just opposite to the train station starts the red signal which leads out of the city relatively quickly, straight to the foot of the Turul sculpture (note: Turul is the mythological bird of Hungarian legends of origin). Being there it’s worthy to look in to the Szelim cave, which is famous of its prehistorical finds and its spectacular size. To have something interesting to the end of the trip, leave the crowd behind us and follow the red cross to the Northeast until we reach the ruins of the “kisréti” (small meadow) hunting lodge, where the bare tiles of the onetime kitchen provide peculiar spectacle between the old, crooked oak trees. Turn to the yellow signal here, then the red signal Westwards, and then follow the red cross. Finally, turn left to the red triangle: here comes the only steep section of the road on which we can climb up to the steel structure Ratzinger Vince lookout on the top of the 360 meters tall Csúcs-hegy (Peak mountain). From the top of the gazebo a far sight is provided with the outlook to the picturesque Tatai-tó (Tata lake), and then a convenient walkway leads us back to the Turul sculpture and the train station. This tour can be also taken with a mountain bike after little modifications (the red triangle is better to avoid with bicycle).

based on article of origo.hu