Socialists Move To Name Room After Horn In Hungary Parliament 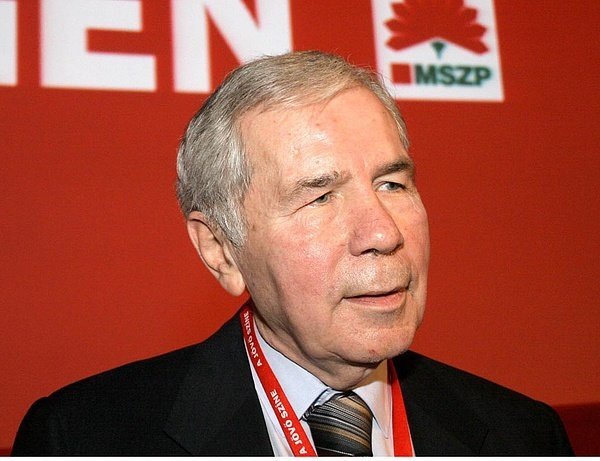 (MTI) – After a proposal has been accepted to name a room in European Parliament after former Hungarian Prime Minister Gyula Horn, Hungary’s opposition Socialists have motioned to do the same in the Hungarian Parliament.

Horn is one of the best known 20th century Hungarian politicians and the 10th anniversary of Hungary’s European Union accession would be a good time for the room dedication, as it was Horn who had first raised Hungary’s EU integration, Istvan Ujhelyi, the party’s deputy leader, said on Thursday.

He added that the Socialists do not want to be selfish and they would support a similar name-giving initiative for Jozsef Antall, the one-time conservative prime minister, too, were there one.

On Thursday, Jobbik deputy leader Elod Novak repeated his party’s protest aginst honouring Horn, and said that the former prime minister should be prosecuted for “siding with the Soviets and fighting against his own people”. Novak went on to say that under Horn’s government national assets were wasted and the country grew more and more indebted.

Fidesz lawmaker Gergely Gulyas also said that he thought Horn’s role played in the former, communist regime “does not justify” that he should be the name-giver of a room in the EP.