The application for the immunity certificate will be ready soon

The application containing all information on the immunity certificate is practically ready to launch.

One of the most critical questions of these times is the immunity certificate: acquiring it and what it is good for. When it comes to travelling, Daily News Hungary has gathered all information you need to know regarding the issue.

As we reported on several occasions, the immunity certificate will be a crucial element of the following months, not only when it comes to travelling but everyday life and simple things as going out to eat in a restaurant.

According to information of Magyar Hírlap,

to tablets and mobile phones. Compared to the plastic card itself, it will contain more information.

The app will show both dates of receiving the vaccine after we registered.

It is a crucial aspect for many as total protection that comes with both jabs will be the condition of freely entering in many countries, which will be calculated after receiving the second dose. Data is said to refresh automatically in the application upon receiving the aforementioned second dose. Moreover, based on the news site’s further information,

the application will also show with which vaccine the patient was inoculated.

The immunity certificate may give you advantages inside Hungary, but it also grants you free entry and free return to and from certain countries, with which Hungary has signed a bilateral agreement to accept each other’s little plastic cards mutually. Currently, these six countries are the following:

Hungary is working on expanding its list of cooperating countries at full speed. On Tuesday, the Hungarian Minister of Foreign Affairs Péter Szijjártó was conducting negotiations with the Czech Minister of Foreign Affairs Jakub Kulhánek. The two countries agreed on the importance of such a document in order to grant free movement between the countries. As both of them emphasised at their joint press conference, they agreed that the core question and details would be outlined later. Nevertheless, they will not waste a long time with it, as according to Kulhánek, details on free movement between the two countries can be ready by this weekend.

Furthermore, Péter Szijjártó is working on achieving the same easement with Slovakia.

It was announced by Ivan Korcog, Foreign Minister of Slovakia. The two politicians will conduct a meeting this Thursday.

As index.hu quotes the words of Korcog, first, Slovakia has to decide how its document proving the immunity of the patient will look like. Nevertheless, his country fully supports not only the bilateral agreement itself but the birth of such a document containing a regional solution even before a joint European agreement would be set up.

a European immunity certificate will not overrule the nationally issued plastic cards, as the latter is a pre-step towards the launch of a European vaccine passport. 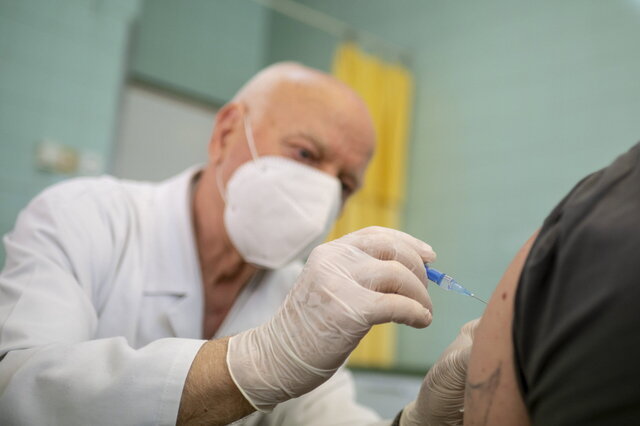