The Basilica of Esztergom 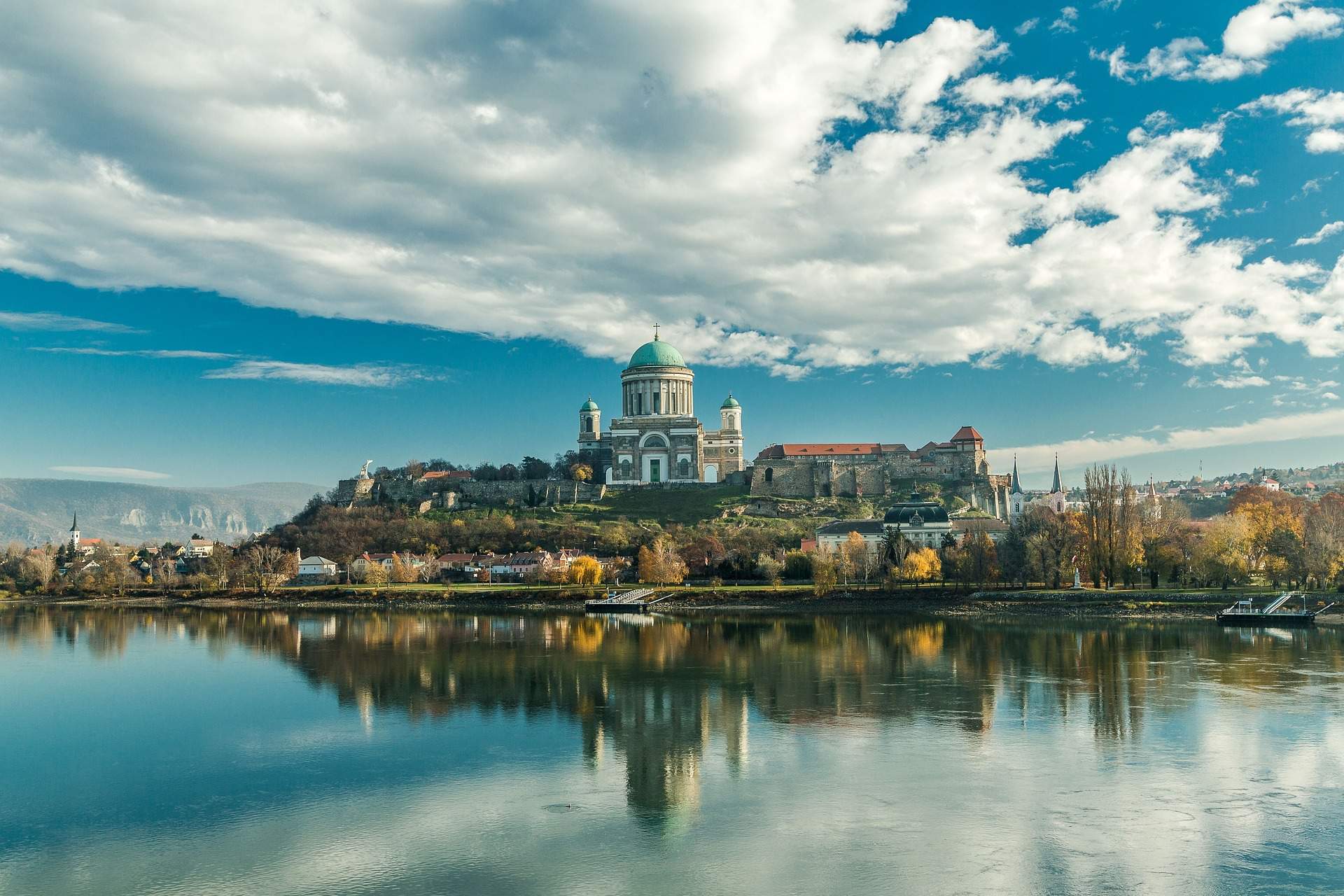 The enormous and solemn church building towering above the Danube curve is one of the most important symbols of Hungary. It has always played an important role both in Hungarian history and the people’s hearts. Let us take a look at what is hiding behind its walls. Here is Világjáró Magazin‘s article about the church.

Seven churches were built on the castle hill of Esztergom. According to the surviving documents, it was the Saint Adalbert Cathedral that stood in the place of today’s basilica, which was built around 1010. To the north lied the Saint Stephen church, which was the first one in this area. The third church was the circular chapel, which was excavated in the Árpád dynasty’s royal palace, and the fourth one was the Saint Vid Chapel that was standing on the top of the castle of Esztergom. The fifth was a medieval Árpád dynasty royal church, Béla III’s castle chapel. The sixth was a jewel of the Hungarian Renaissance architecture, the Bakócz Chapel, which was built during the 16th century.

Only one new church was built on Mount Vár in the New Age, the Nagyboldogasszony and Saint Adalbert Great Cathedral, which was larger than all the churches mentioned.

The construction of the Basilica of Esztergom can be divided into four eras. Sándor Rudnay prince archbishop (1819-1831) began to look for an architect in 1820 who might create plans for the new cathedral. Finally, Pál Kühnel’s plan was chosen from the court of Vienna. The architect made plans for an enormous complex on the top of the castle hill resembling to the Vatican. Unfortunately, only the cathedral and the canon houses were actually built. The groundbreaking ceremony took place on 23rd April in 1822, on the day of Saint Adalbert.

The question, how the Bakóczi Chapel, the only remaining Hungarian Renaissance relic was replaced to the area of the basilica, still remains. It was the work of Pál Kühnel’s nephew, János Packh. He broke it down to 1600 pieces in 1823 and rebuilt it at the cathedral, changing its orientation. The construction works were in progress until the death of Rudnay. The main walls were already standing then, and the building of the four giant pillars and the arches, as well as the establishment of the sanctuary were in progress.

The construction was paused for 8 years, and continued again only after the declaration of József Kopácsy as the archbishop of Esztergom in 1839. Then a tragedy happened: János Packh was murdered in his home, so the work lost its host. Prince archbishop Kopácsy hired József Hild for the job. “Hild built the dome with iron structure, which was a novelty in Hungary at the time, and he also raised the tambour and surrounded it with pillars. His aim was to enhance the monumentality of the church and to have a deep impact on the spectators even from far away. The construction continued until prince archbishop Kopácsy’s death in 1847. The building already had its arches and the cross was already placed on the top of the cupola.” (bazilika-esztergom.hu).

Two years of pause. The process continued after the appearance of the new prince archbishop János Scitovszky in 1849. Thought the church was not ready yet, Franz Joseph visited the castle hill on 31st August in 1856, and Franz Liszt composed “Missa Solennis” for this occasion.

The main facade’s hallway was missing then, and the southern tower was also unfinished. The establishment of the inner structure encroached into the last third of the 19th century. Scitovszky died in 1866. As the coronation after the Compromise of 1867 was at hand, János Simor was declared as the new prince archbishop. Simor finished the basilica in two years with the help of architect József Lippert. The placement of the keystone took place on 1st November in 1869.

The cathedral of Esztergom is a simple, gorgeous, harmonic and well-built building, a true classical masterpiece. Each year on 15th August, the memorial day of the Blessed Virgin Mary is celebrated there, and the tradition of Saint Stephen also lives on in the form of the mass of Saint Adalbert on 23rd April.