The increasing geopolitical importance of the “Turkic Council” 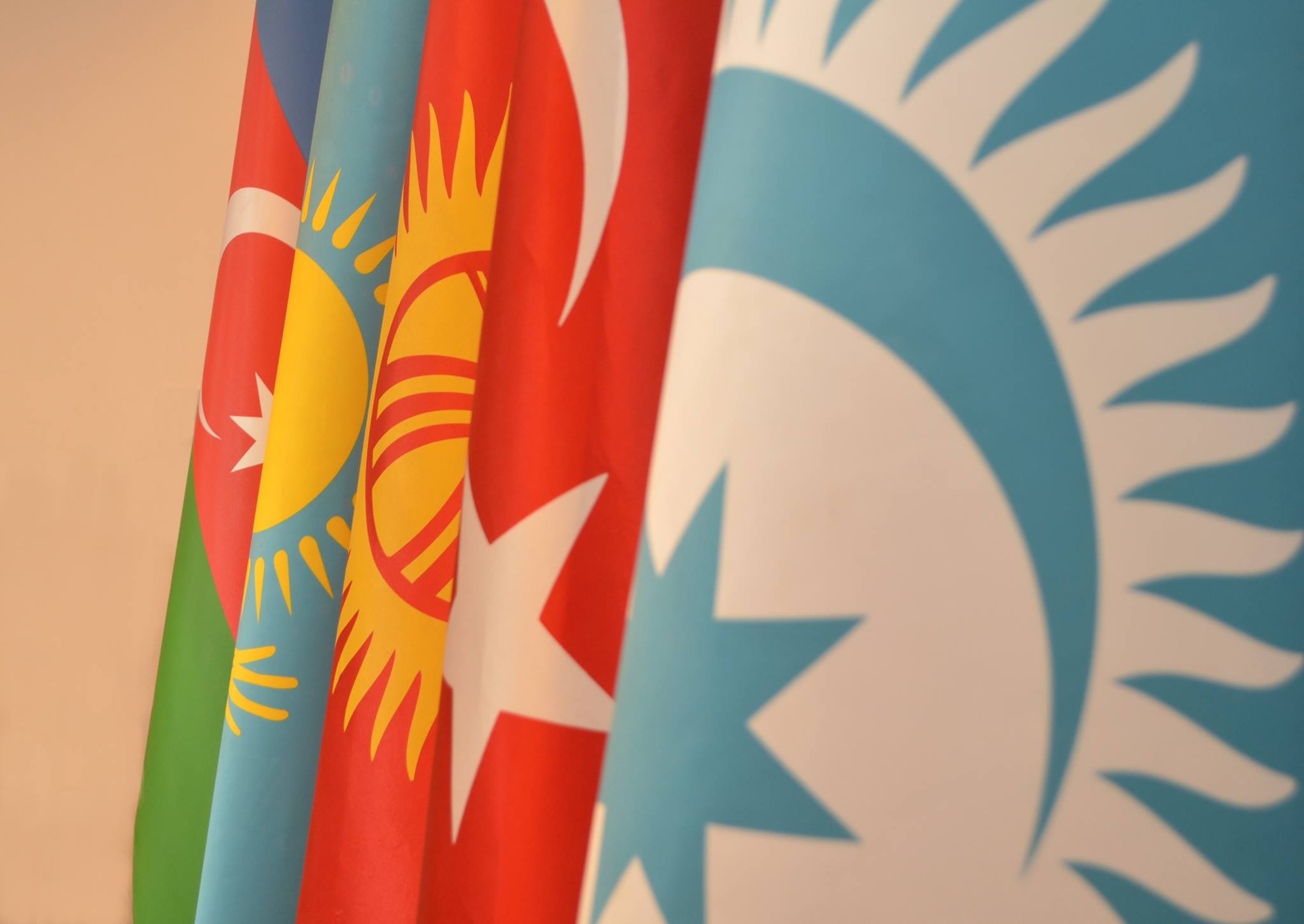 The Cooperation Council of Turkic Speaking States or in the short version, Turkic Council, is regarded as the political framework of the Turkish world.

The first idea of ​​its establishment was put forward in 2006 by the former President of Kazakhstan, Nursultan Nazarbayev who has also been described as the wise man of the Turkish World. Three years later, under auspices of Nakhchivan Agreement, it has become an official intergovernmental organization. There are four founding members signed the agreement at first sight: Turkey, Azerbaijan, Kazakhstan, and Kyrgyzstan. In addition to these founding members, very recently Uzbekistan made a highly noteworthy decision and became a member of the council. Besides Uzbekistan, Turkmenistan and Hungary are also attending the meetings with observer status. At first glance, the idea of ​​the Turkic Council can be seen as it has rooted in the 2000s, in fact, its foundations are laid in the Summit of Turkic Speaking Countries which was held in 1992 following the dissolution of the Soviet Union.

The fundamental aim is to increase the cooperation and to contribute the regional and global peace and stability by bringing together the Turkish language speaking countries with a common historical and cultural heritage. Through this cooperation, a similar structure as the European Union has been tried to establish. As a matter of fact, there are similar objectives between E.U and Turkic council such as the free movement of people, goods and services. The Summit of the Turkic Speaking Countries and its evolution to the Turkish Council are considered as the cornerstones in the Turkish World.

The Turkic Council has three centers (Istanbul, Baku, Nur-Sultan) and General Secretariat is located in Istanbul. Under the Headquarters, there are various bodies and different institutions affiliated to the Council. These institutions operate to enhance its regional and global influence through public diplomacy. Most of these institutions have their foundations in the Turkish Speaking Countries Summit. Parliamentary Assembly of Turkic Speaking Countries, the International Organization of Turkic Culture, the Turkic Academy, the Turkic Business Council, and the Turkic University Union are some of the foundations laid in this direction. 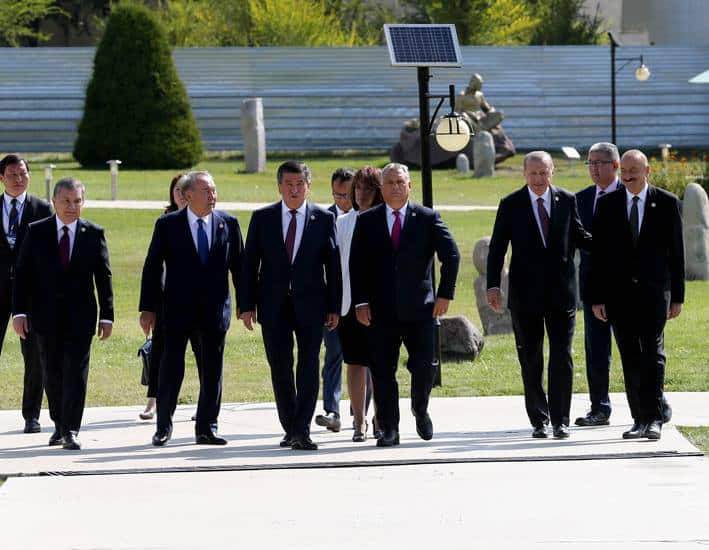 The main objectives and tasks of the Turkish Council are set out in the founding treaty of Nakhchivan: “strengthening mutual confidence, friendship and good neighborhood among the Parties; maintaining peace, strengthening security and confidence in the region and in the world as a whole; search for common positions on foreign policy issues of mutual interest, including those in the framework of international organizations and at international fora; coordination of actions to combat international terrorism and separatism, extremism, trafficking in human beings, drug trafficking, as well as the assistance to international policy on control over illicit traffic in narcotic drugs and psychotropic substances; promotion of effective regional and bilateral cooperation in political, trade and economic, law enforcement, environmental, cultural, scientific-technical, military-technical, educational, energy, transportation, credit and finance areas and other areas of common interest; creation of favorable conditions for trade and investment, further simplification of customs and transit procedures aiming at facilitation of movement of goods, capital, services and technologies, and simplification of financial and banking operations; aiming for the comprehensive and balanced economic growth, social and cultural development in the region through joint actions on the basis of equal partnership in order to steadily increase and improve the living conditions of the peoples of the Parties.”

The capacities of the member states to the Council together with observer states are of pivotal importance.

It has a population of approximately 164 million, about 1.5 trillion dollars of domestic product and very rich natural resources. Considering the geography where it is located, the potential of the Turkic Council ought not to be overlooked. The crucial capacity possessed by the official political framework of the Turkish World increases the member states’ influence both regionally and globally.

Throughout the nation-building and state-building processes followed by Uzbekistan during the post-Soviet period, the necessary importance was not attached to elements such as Turkish identity, common history and cultural heritage, common language, and religion. Despite its participation into the Turkish Speaking Countries Summit from the very beginning, the factors such as security and terrorism problems, tensions with other neighboring countries (specifically on water resources sharing), border conflicts, the policy of neutrality have been forestalled Uzbekistan’s fully integration process into the Turkish World. These are the main reasons why Uzbekistan did not join the Turkic Council as a member state in the first place. 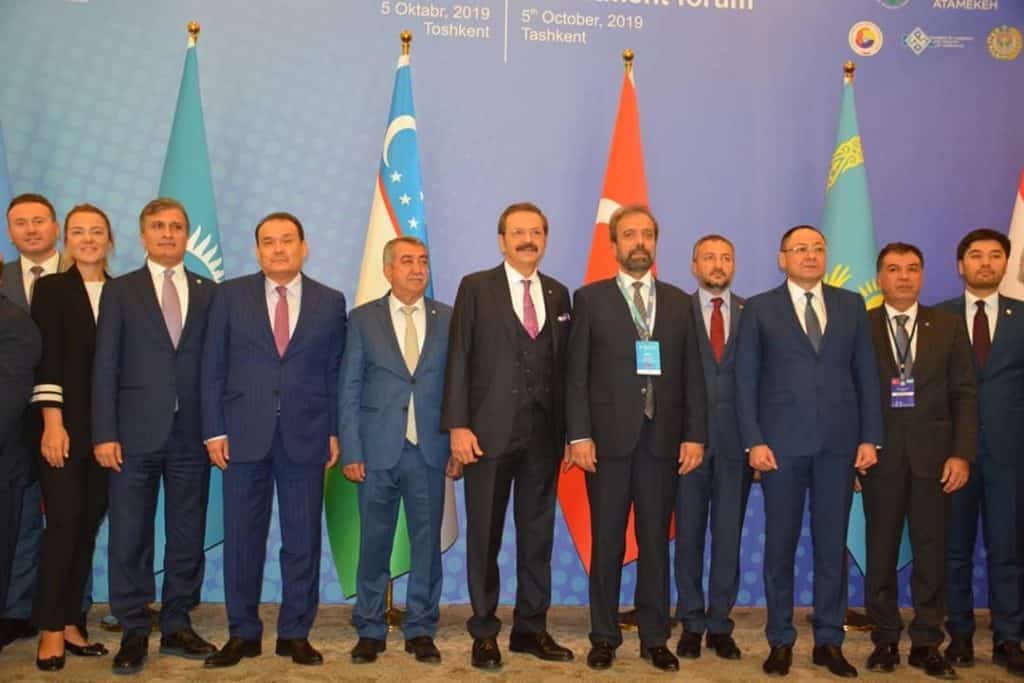 Uzbekistan shines through the other Central Asian states with its, 50 billion dollars GDP and 32 million populations. Beyond these data, the increasing industrialization and the surplus in foreign trade are among the significant indicators of the development level of the country. The export products of the country are mainly composed of machinery, automotive and derivative products followed by cotton and energy resources. The high added value and quality of the commodities within the national income and export volume opens up an opportunity for the country to pursue a relatively independent economy. The foreign trade partners and volumes show that the level of trade interactions between Uzbekistan and the other Turkic Council members are not at the expected level. On the other side, its central position in the Central Asian region gives Uzbekistan a critical role in terms of geopolitics. The location it possesses had been a significant route for the economic and cultural exchange between the East and the West. The Silk Road and Spice Trade also pass through Uzbekistan regardless of its current function. Furthermore, the country has very rich gold, natural gas, and oil resources. Moreover, the tourism potential of the city, especially of cities like Samarkand, Bukhara, and Tashkent, increases the country’s visibility and image worldwide.

Following the presidency of Shavkat Mirziyoyev, the post-2016 period, Tashkent’s economy has been significantly improving. In this context, new visa-free initiatives, development of relations with various partners, the increment of foreign investments and investors are the main reasons behind the economic advancements. After Mirziyoyev, Uzbekistan began to integrate more into the global economy and politics. The momentum gained in the economic sphere has also been positively affecting its foreign policy. Tashkent started to repair previously established relations. As such, Uzbekistan-Turkey relations, the visit was accelerated in 2017, following the Mirziyoyev visit to Turkey after 20 years. Bilateral trade volume has started to increase ever since, not to mention events held on the field of common culture and history. In this vein, only last year, Turkey’s export to Uzbekistan increased by 40%. Turkey’s foreign investment in Uzbekistan reached nearly $4 billion. Besides the advancing relations with Turkey, the boosted dialogue with other Central Asian countries is also of great importance for the Turkic Council. Owing to President Mirziyoyev’s vision and enterprising foreign policy, the integration of Uzbekistan with the Turkish World will accelerate ergo the sphere of influence and comprehensiveness of the Turkic Council will be enhanced.

In sum, with the participation of Uzbekistan, the free movement of people, goods, and services of the EU model, which is among the objectives of the Turkic Council, will become even more important.

Moreover, the course of the ongoing bilateral relations between the regional countries will start to change in the upcoming days. The old crises and conflict central to Uzbekistan would be overcome and solved more easily. Eventually, it will ease the inter-conflictual Turkish World and thus the Turkic Council. If Uzbekistan under the leadership of Mirziyoyev could reflect its above-mentioned strategic importance to the Council, it would be a great leap forward for unity and solidarity as well as for the strength of the Council.

The Geopolitical Importance and The Future of The Council

With respect to Heartland Theory formulated by the father of the geopolitics, John Mackinder, ruling the Eurasian Region (World-Island) bring the domination over the world politics. The Turkic Council, composed from Central Asian countries plus Turkey, stands out as the center to the World-Island or the Eurasian Region. Therefore, the significance of the Turkic Council is very crucial in geopolitical terms. Indeed there are concrete aspects that make its geography important such as rich energy resources, crucial pipeline and trade routes, water resources, agricultural and industrial potential etc. Among the other member countries, Turkey comes forward as the pivotal country within the Council.

From the first day of the Turkish Speaking Countries Summit until today’s Turkic Council, Turkey has always had a leader and integrative position within the Turkish World and so it shall continue to be.

Among the other member states, Turkey, with about 900 billion dollars national income is regarded as the most prominent country. In addition to national income considering its military power, population capacity and spheres of influence, Turkey is the most powerful country among the Turkic Council. Notwithstanding, high dialogue pursued with international organizations and its NATO membership, attribute Turkey an identity of the global actor. Ultimately, the addition of the geographical location to all these factors, unique geopolitical importance that Turkey has in the Turkish Council crystallizes.

In addition to Turkey, membership of a strategic country like Uzbekistan, will not only the Council’s future but also the regional politics carried out. It will ease the tensions and conflicts ongoing in the region. The more integrated and powerful Turkish World will change the regional balances. Furthermore, Turkmenistan’s observer status and its active participation, will not only reduce the conflicts in the region but also increase the bilateral and multiple interactions. Together with the Hungarian office, the strength and presence of the Council will be moved beyond the regional boundaries and will make a pivotal contribution to its visibility.

The current comprehensiveness of Turkic Council so as the crucial point it reached tenders is of great importance for Turkey and the Turkish World, specifically considering the regional factors and interests. Collaboration in foreign policy, joint efforts of war on terror, cooperation on commercial and economic issues are among the main issues that bring the Turkish World together.

Although the value attributed to Turkish identity, compared to Turkey is not at the expected level in the other Central Asian countries, this situation has started to change with the help of new initiatives.

In this context, bilateral and multilateral relations need to increase further through a common language, history, religion, culture, and identity. In this way, the ties to be established over the common heritage will increase the economic and political gains as well as increase unity and solidarity. These gains will start from a regional dimension and eventually reach to a global scale. In short, thereupon the participation of new actors, Turkic Council, under the leadership of Turkey, will play a stronger and more effective role in the international arena. In addition to Uzbekistan, Hungary also attends meetings as an observer and the European Office opened in Budapest further enhances the Council’s influence. The increment comprehensives of the Council, its economic power, cooperation, and problem-solving capacity will increase its sphere of influence thus, it will reach a more strategic dimension by the day.