The longest trams on the roads of Budapest from next spring 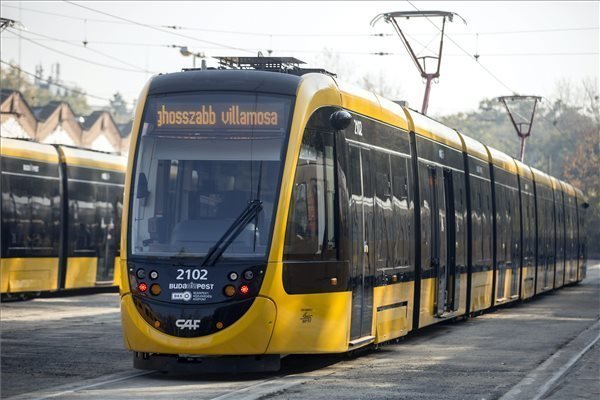 According maszol.ro the longest tram in the world was presented in Budapest last Friday. It will start its circulation next spring on the line of tram N°1. Trammies are practicing the conduction of the CAF-trains on a simulator.

The new trams made in Spain are even longer than the recorder Combinos circulating on the boulevard with 2 metres. It has 86 seats and can fit 345 people in total. 34,7 billion forints have been spent on these trams. 47 will arrive until the end of next year.

With its low-built floor through the whole train and air-conditioned cabin, these trams don’t differ really from the trams already circulating on line N°3. The only difference is that those are 34 metres long with 4 doors on each side, while these new ones are 56 metres long with 7 doors.

12 long trams will be arriving destined to line N°1 out of which 10-11 will be in circulation/day.

based on the article of maszol.ro
translated by Alexandra Béni