Top court rules to clarify legislation on right to assembly

Budapest, July 12 (MTI) – The Constitutional Court has rejected an appeal in connection with a demonstration in 2014, and ruled for enacting clear legislation on the right to assembly.

The appeal was submitted by a private individual who had participated in a series of demonstrations held in December 2014 by troubled foreign-currency loan holders. The submission claimed that banning demonstrations at the prime minister’s residence and at the supreme court’s headquarters violated the right to peaceful assembly enshrined in the constitution.

The top court established that the authorities had not violated the right to assembly by banning the demonstration in 2014 and argued that demonstrations could be held at any other sites outside the banned premises. The court however established that regulations were controversial concerning the constitutional right to assembly and the right to privacy and ruled that parliament should enact appropriate legislation by the end of 2016. 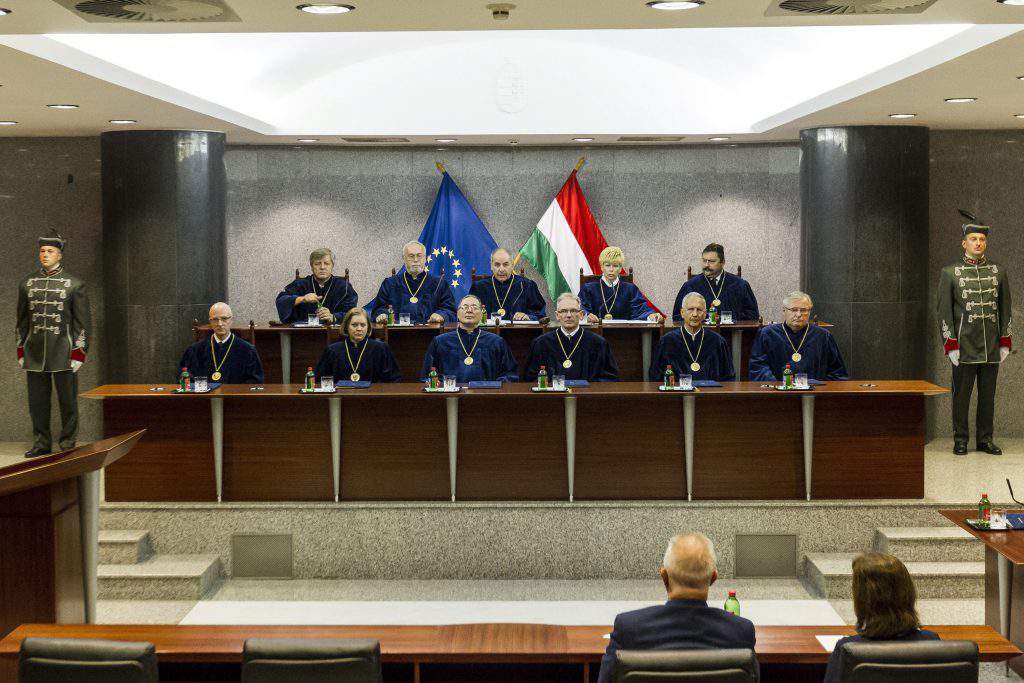 The Civil Liberties Union (TASZ) said in response to the ruling that the Constitutional Court gave up the right of free assembly “out of political loyalty”, when it had no objections to the illegitimate protest ban. In a statement, TASZ insisted that a demonstration in front of the prime minister’s house cannot be banned on grounds that “it would harm the rights and freedoms of others”, and noted that the ban was “obviously in contradiction with the law”. If parliament gives the green light to banning events under the assumption that demonstrators could potentially commit law violations, authorities will be able to employ such bans under mere assumptions of the possibility of infringements, TASZ said, and concluded that the police have now been granted a power “to arbitrarily restrict one of the most important political freedoms”.

The opposition Socialists said the Constitutional Court’s decision confirmed that the body is not the guardian of constitutionality but serves the demands of Prime Minister Viktor Orbán and ruling Fidesz. Socialist lawmaker Gergely Bárándy, the deputy head of parliament’s legislative committee, said that the decision also showed that Orban was afraid of the people.

The opposition Együtt party said the ruling was proof that the Constitutional Court gives priority to Fidesz’s interest as against basic human rights. The top court’s Tuesday decision was a political service to the government, which goes against the law, the party said.